Ireland, ITF Reach Deal to Protect Migrant Fishermen from Slavery - FreedomUnited.org
This website uses cookies to improve your experience. We'll assume you're ok with this, but you can opt-out if you wish.Accept Read More
Skip to content
Back to Global News 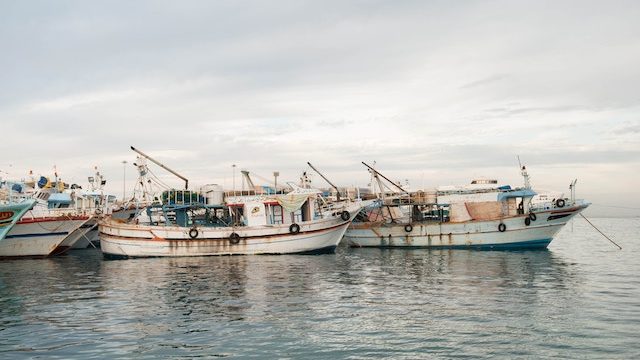 Ireland has announced a major overhaul of migrant seafarers’ rights after the government came under intense international pressure to rectify exploitation in the country’s fishing industry.

The International Transport Workers’ Federation (ITF) took the unprecedented step of taking the Irish government to the high court in Dublin, alleging that the state was facilitating modern slavery under its permit scheme for Asian and African migrant fishermen, or fishmen from outside the European Economic Area (EEA).

In order to stop further legal action, Ireland and ITF reached an immigration agreement that will see non-EEA fishermen no longer tied to their employers, meaning they can leave their abusive employers to find new work without fear of deportation.

Boat owners will no longer be able to deduct the typical fee of €1,000 (£865) for permits from their wages. The government has also pledged to introduce new statutory instruments to bolster regulations on pay, maximum hours of work, minimum hours of rest, and minimum safe numbers of crew. Workers who are exploited will be able to claim compensation as well as unpaid wages.

The permit scheme in question was introduced in response to a Guardian investigation that uncovered persistent allegations of trafficking and severe exploitation of migrant workers in the Irish fleet in 2015.

Under the scheme, boat owners were given a legal route to acquire visas for hundreds of foreign crew members who had previously been brought in and employed illegally as cheap labour.

However, the scheme tied workers to individual employers, leaving many vulnerable to abusive conditions and in fear of deportation if they complained or wanted to leave.

Last year the United States downgraded Ireland to Tier 2 in its annual Trafficking in Persons report, and there were fears that Ireland would be further demoted this year if it did not take action. In February, four UN rapporteurs added further international pressure, chastising Ireland for a permit scheme that breached international human rights law.

“Migrants on trawlers here are working up to 20 hours a day and are paid as though they were working eight,” said Ken Fleming, the ITF’s coordinator for the UK and Ireland.

“Rules designed to protect them go unenforced. I’m happy that the state has finally accepted that there is a problem but we will continue to monitor it.”