Interpol Operation Rescues 216 Victims Across West Africa
This website uses cookies to improve your experience. We'll assume you're ok with this, but you can opt-out if you wish.Accept Read More
Skip to content
Back to Global News 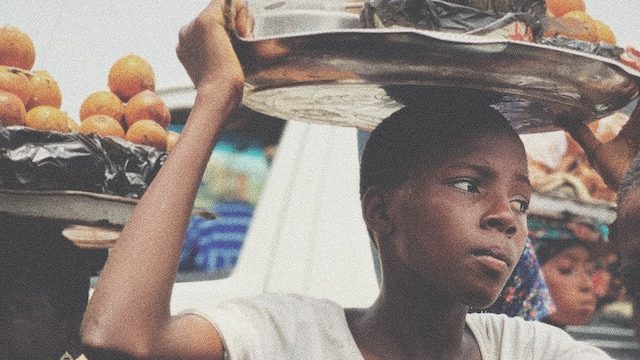 Police have rescued 216 victims of human trafficking — 157 of them children — across Benin and Nigeria in a major Interpol operation earlier this month.

Operation Epervier II involved 100 police officers in both countries, and Interpol says they are working to dismantle criminal networks that facilitated trafficking.

“This is about organized crime groups who are motivated by money,” said Paul Stanfield, Interpol’s director of organized and emerging crime.

“It is challenging (to stop them) in the region because of lack of resources.”

Many of the children were working in markets peddling goods, carrying heavy loads or fetching water, while others worked as housemaids or were forced into prostitution, Interpol said. Of the minors rescued, 36 were boys and 121 were girls.

Police arrested 47 suspected traffickers and seized vehicles, cash, phones and computers in the operation, which targeted markets in the countries’ capitals as well as airports, seaports and border areas, said Interpol.

The children rescued were between the ages of 11 and 16 and came from Benin, Burkina Faso, Niger, Nigeria and Togo.

The youngest was a boy forced to smuggle heavy goods such as bags of rice across the Benin-Nigeria border, Interpol said.

The victims were beaten and given death threats on top of warnings that they would never see their parents again. National agencies and charities are looking after the rescued victims, though some children have already been reunited with their parents.

Interpol noted that while it is working to identify hotspots for modern slavery in West Africa, ultimately it wants countries in the region to tackle the problem themselves.

“I think we’ll be here for the long-term, but we don’t want to be in charge of leading it,” said Stanfield.