A Modern Slavery Database is Not Enough. But It’s a Start.
This website uses cookies to improve your experience. We'll assume you're ok with this, but you can opt-out if you wish.Accept Read More
Skip to content
Back to Global News 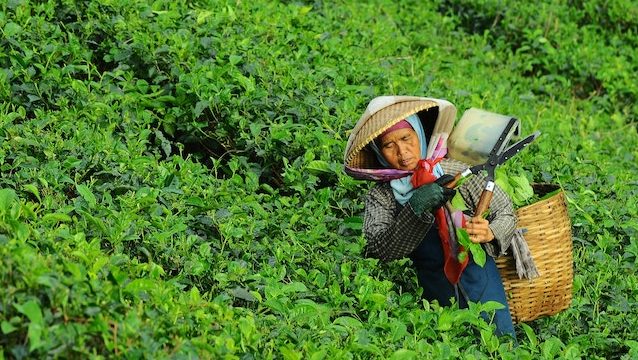 A Modern Slavery Database is Not Enough. But It’s a Start.

Modern slavery is often present in the supply chains of products we use on a daily basis. Yet consumers across the world are waking up to this problem, demanding that the workers behind the products we buy are treated well.

There are government mechanisms to hold businesses to account for abuses in their supply chains, including the UK Modern Slavery Act. However, it’s not as strong as it could be.

Unlike the new Australian Modern Slavery Act, which creates a government-run, publicly-available register of company statements on how they’re tackling modern slavery, the UK has no such registry.

As Fiona Gooch from Traidcraft Exchange writes in an op-ed for Thomson Reuters Foundation, the UK must establish this registry to set into motion deeper structural changes:

That’s why Traidcraft Exchange and Fashion Revolution have come together during Fashion Revolution Week to ask the Government to set up a modern slavery database where all the companies which are required to report on modern slavery are listed along with their statements. With the Independent Review of the Modern Slavery Act due to be published imminently there is a chance to push the Home Secretary to end this reporting loophole.

We’re not pretending this would be more than a modest change. But we’ve already seen that modest surface changes can lead to deeper structural change over time. In the tea industry our successful ‘Who picked my tea?’ campaign helped transform a culture of secret sourcing into one where transparency is the new norm. Over time we think that knowing where the tea they pick ends up will give tea workers greater bargaining power.

We still need to see more lists of the sites of production being published. At the moment too many brands tell us as consumers that they care about labour rights whilst keeping information about where they buy from secret. The workers themselves know more about the realities on the ground and should have the opportunity to speak out if conditions are not as they should be.

Consumers should be alarmed by the scale of the problem. A recent UK House of Commons report from the Environmental Audit Committee found that 77% of leading UK retailers think there is modern slavery in their supply chains.

To drive systemic change in supply chains, Gooch writes that we need “action at both ends: in the place where workers toil in conditions of modern slavery and by the businesses close to us as consumers, which often turn a blind eye to abuses.”

“Publishing the lists of the sites of production in a supply chain changes the power dynamic: it gives greater power to UK consumers who want to know where their products come from, but more importantly, it empowers workers who can use that information in their struggle for better pay and conditions.”