Indian trafficking survivors unite to demand their voices are heard -
This website uses cookies to improve your experience. We'll assume you're ok with this, but you can opt-out if you wish.Accept Read More
Skip to content
Back to Global News 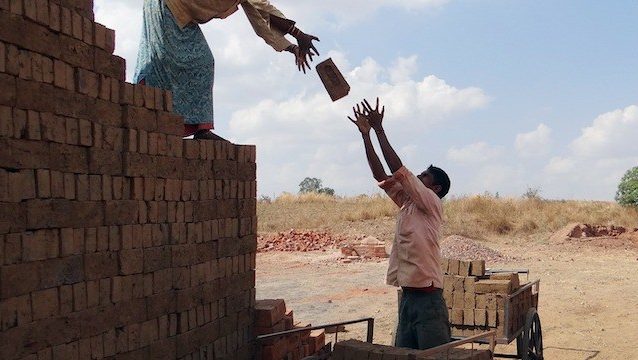 Indian trafficking survivors unite to demand their voices are heard

A new forum of human trafficking survivors and NGOs has come together to launch the Indian Leadership Forum Against Trafficking, demanding that their voices be heard in the fight against modern slavery.

According to National Crime Records Bureau (NCRB) data, there were 2,854 reported cases of human trafficking across India. This included 1,657 people who were trafficked for forced labour, 1,275 for sexual exploitation, 113 into domestic servitude, and 240 into forced marriage.

ILFAT has 2000 members and representation in 8 Indian states, and the forum aims to make survivors key stakeholders in decision-making on human trafficking policy.

One woman who was trafficked for sexual exploitation, Priya (not her real name), explained that “Trafficking victims get rescued, but they are left alone after that. We don’t get any support, from the police or government after that. I was shifted to a shelter home, but even there I did not get any help for my condition. I had gone into a state of mental trauma. Later I got some phylactic help, but that came very late. Now with the medication and counselings, I am trying to move forward in life.”

The India Times reports on the 4 demands ILFAT is making of the Indian government:

2. Mental Health Aid: There is an urgent need for better counselling from dedicated individuals who are there to ensure the wellness of the survivors and treat them with dignity and care. The Trafﬁcking of Persons (Prevention, Protection, and Rehabilitation) Bill which could not be made law during the last Government and should be brought in again. must lay greater emphasis on the mental health of the survivors in their rehabilitation period.

3. Punishment to the perpetrator: Trafficking should be a non bailable offence and must be sentenced to a minimum of a life sentence. With better conviction rates and punishments, there is bound to be deterrence.

4. Breaking the stigma: Women survivors face more stigma than male survivors. The new anti-trafficking Bill should, therefore, lay down provisions to ensure the reintegration of survivors to society.

“If you look at the number of convictions, especially in child trafficking cases, it is almost none. That is because the victims are often trafficked from one state to another. And after they are rescued they are sent back to their home states, while the case is filed where they were trafficked to,” explained Suresh Kumar, Executive Director, Centre DIRECT, a Bihar-based NGO working with child trafficking victims.

“In most cases, the victims do not get the court summons or do not have the means to travel all the way to the court to depose.”