Major hotels failing to protect staff, report under Modern Slavery Act -
This website uses cookies to improve your experience. We'll assume you're ok with this, but you can opt-out if you wish.Accept Read More
Skip to content
Back to Global News 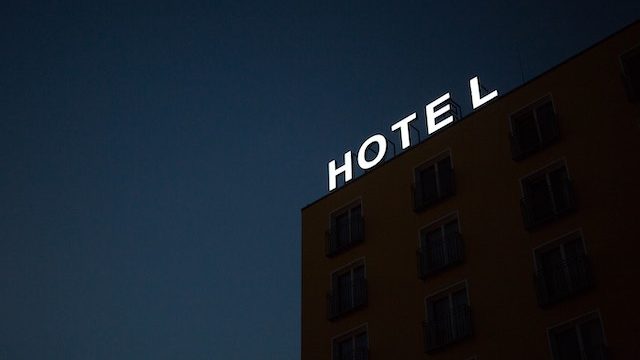 A new report published by Minderoo’s Walk Free Initiative, “Beyond compliance in the hotel sector: A review of UK Modern Slavery Act statements,” uncovers that the majority of top hotels are failing to protect their employees from modern slavery, including debt bondage, forced labor, and sex trafficking.

An analysis of 71 hotel companies found that just 24% were meeting the minimum reporting standards set out under the UK Modern Slavery Act. This means 76% did not disclose any information on how they check or address risks to workers or their supply chains despite being legally obligated to do so.

Furthermore, only 13% of the hotels assessed included specific policies to prevent the sexual exploitation of workers.

We at Freedom United are shocked that 7 hotel groups did not report at all, signalling a total disregard of their legal obligation to meet basic minimum standards. It’s clear that the hotel industry is not taking its responsibility to end modern slavery in its business and supply chains seriously – and this has to change.

The hotel sector report – produced by Walk Free, an initiative of the Minderoo Foundation, in partnership with WikiRate, the Business and Human Rights Resource Centre and Australian National University – shows an alarming lack of effort to tackle modern slavery in a high-risk sector.

It calls on the UK Government to show leadership and enforce the Act against non-compliant companies and lays out practical steps for hotels to improve their anti-slavery efforts.

“Despite the introduction of the UK Modern Slavery Act four years ago, this report shows hotels are failing to meet the legal reporting requirements, let alone moving beyond compliance to protect against modern slavery risks,” Ms Morris said.

“Everybody loves to go on holiday but how would you feel if the porter taking your suitcase was a migrant worker trapped in debt bondage? Or if the person cleaning your room was forced to work long hours for little pay? It is a sobering reality that requires action from the hotel sector.”

“Compliance with the reporting requirements of the Act remains a significant issue and the quality of statements varies enormously. This is true of the hotel sector, where complex supply chains and seasonal labour present additional challenges, potentially increasing the risk of modern slavery taking place,” said Thornton.

“Taking a sector-specific approach is important and revealing. It is disappointing that only 25 percent of hotel companies in scope of the [UK] Act are found to be legally compliant. I hope the information revealed by this report goes some way towards alleviating this risk.”

As Morris added, “It comes down to two things: a lack of commitment by hotel companies to do the right thing, and a failure of the UK government to hold companies to account.”

The english have always been a lazy people who love nothing more than being waited on hand and foot by someone they consider inferior, and they have unfortunately spread their love of slavery around the globe. It is not surprising that efforts made there by the minority of decent unselfish people are always quickly undone and undermined by the lazy, ignorant and apathetic majority. who want their empire of exploitation to continue with no more interference from the more enlightened europeans.

Nothing like a sweeping generalisations to start a discussion. Can you evidence your claims at all?

Aren’t there any poms reading this website? Perhaps there have been no howls of indignation because the english know better than me how truly loathsome history has made them look. Or perhaps they just can’t be bovvered.

That’s a sweeping statement Gillian, after all it was the British, way out front who with among many others, saw William Wilberforce bring the successful anti slavery act to the British Parliament in 1833.
No I’m not British, yes I am white and Australian and am not proud of how we came to seize this Country and declare it for the British as its newest colony. Roll on the Australian republic with an amended constitution that recognises our first occupiers, the Australian Aborigine. #