Indian Children Forced To Beg - FreedomUnited.org
This website uses cookies to improve your experience. We'll assume you're ok with this, but you can opt-out if you wish.Accept Read More
Skip to content
Back to Global News 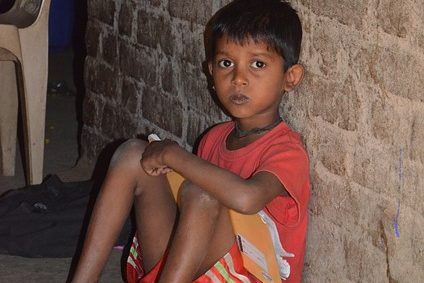 Nearly 300,000 Indian children are drugged and beaten every day.  They are forced to beg in the streets, a multi-million rupee business that is managed by human trafficking cartels…

In a report that is being prepared for circulation across the country’s police and authority forces, the writers are urging law enforcement to be especially vigilant in order to protect these street children.

The Indian National Human Rights Commission says that as many as 40,000 children are abducted each year.  At least 11,000 are not traced.

One of the paper’s co-authors, Anita Kanaiya, CEO of The Freedom Project India, says, “The police don’t think begging is an issue, because they assume that the adult with the child is either family or a known person. But for every 50 children rescued there will be at least 10 who are victims of trafficking. And there has to be a constant vigil to identify them.”

Children are sometimes maimed or burned to elicit greater sympathy and get more alms, said the report. The money they earn is usually paid to the traffickers, or to buy alcohol and drugs. The report is based on the experiences of police and charities in Bengaluru city – formerly known as Bangalore – in the southern Indian state of Karnataka. There is a seasonal pattern to begging, local police said. Cities like Bengaluru see a sharp rise in the numbers of children wandering the streets just before festivals or after a natural disaster.

Several years ago, Bengaluru police launched “Operation Rakshane” (“To Save”). They worked with government and charities to create a blueprint to help children who are being forced to beg.  Authorities spread out across the city to photograph the children, watch their activities, and then shadow them back to their homes.  “When we started, we had nothing to prove the connection between begging and trafficking. But we went about meticulously recording any signs of forced labour on the streets of the city.” Kanaiya said.

Up to 300 children are rescued each day.  Traffickers are arrested and imprisoned.

“Operation Rakshane is meant to be a template which can be replicated as a model of inter agency cooperation.”

To read the entire article on Indian children being forced to beg, click on the link below.