Criadazgo, Children Adopted as Domestic Workers - FreedomUnited.org
This website uses cookies to improve your experience. We'll assume you're ok with this, but you can opt-out if you wish.Accept Read More
Skip to content
Back to Global News 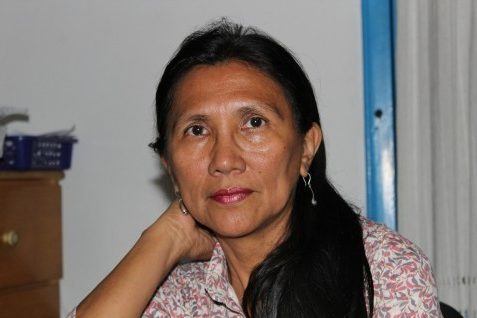 Criadazgo is a common Colonial-era practice common in Paraguay, that allows affluent families to informally adopt impoverished rural children as domestic laborers.   But in January, a teen was beaten to death by her adoptive family and now the government is moving to ban the practice…

Tina Alvarenga knows how it works.  She was just 10 when her mother gave her over to an upper-middle-class family.  That began for her a difficult life of domestic work and humiliation.  She was the only one of her seven siblings to be given away, and she will never come to terms with that.

Alvarenga is now a 52-year-old indigenous rights activist and consultant to UNICEF.  She says, “The question never goes away. I will be thinking about it for the rest of my life.”

Alvarenga’s experience remains tragically common in Paraguay, one of the last bastions in Latin America of a colonial-era system of child labor known here as “criadazgo.” The practice, in which impoverished rural families allow affluent urban households to informally adopt their children, is still found in Peru and Haiti, as well, but to a much lesser extent.  Tina Alvarenga, a former ”criada,” is an indigenous rights activist and consultant to UNICEF. “You lose your roots, your sense of identity,” she says of the system. (Simeon Tegel)

There is a verbal understanding between the two families.  The children, usually indigenous, are to be given education, food and other basic necessities in return for domestic work. Activists say, however, that many are kept out of school to do home chores and are often abused.

Alvarenga succeeded, but few do.  Many end up in the streets.  Few ex-criados grow up to achieve Alvarenga’s level of success, with many ending up on the streets.

Marta Benítez is the head of Global Infancia, a Paraguayan nonprofit group that focuses on children’s rights. “It’s easy to tell the criados. They wear hand-me-down clothes and have their hair very short. They usually eat apart from the family and go to a different school, a state school, while the biological children go to a private one. For those that do make it to school, it is the only place where they can be children. But even there, they are so tired from waking early to do domestic work that they often fall behind.”

The issue became a debate nationally in January when  14-year-old Carolina Marín, was allegedly beaten to death by the family that had adopted her.

“No one justifies child abuse, but you cannot prohibit criadazgo,” said Bernardo Villalba, of the ruling Colorado Party. “This is a national custom, and it is going to take generations before we eradicate poverty. We can’t close the door on these children in the meantime, on their chance of a better life.”

Even when there is no abuse and the informal agreement is fully honored, as in Alvarenga’s case, the impact can be devastating. “You lose your roots, your sense of identity.  You are never part of the new family. They think you are, but they treat you differently.”

To read the entire article on Criadazgo, click on the link below.