Human Trafficking in Indiana - FreedomUnited.org
This website uses cookies to improve your experience. We'll assume you're ok with this, but you can opt-out if you wish.Accept Read More
Skip to content
Back to Global News 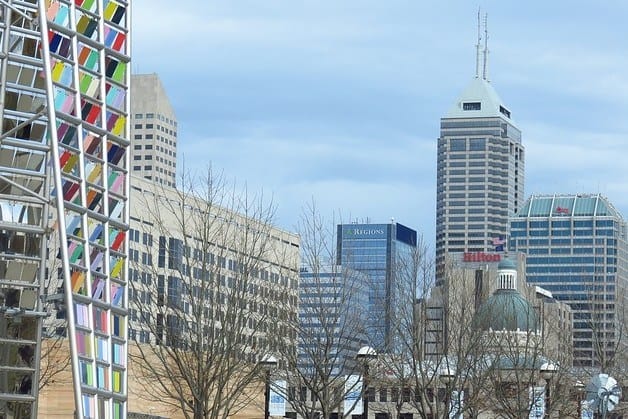 It occurs underground and in the dark shadows, but it also occurs in our own neighborhoods and sometimes in plain sight…

The U.S. State Department indicates that between 14,000 and 17,500 people are trafficked in America every year. In Indiana, sex trafficking is more common than forced labor trafficking. However, both forms exist in our country. Indiana hasn’t kept reliable numbers over a long period of time regarding this issue, so we can only look back a short few years.

Jessica Evans is the executive director of Purchased, an Indy organization that works to raise awareness here at home and globally. “Indiana hasn’t done a good job of capturing really hard numbers.  But we do know that each year we see more and more victims identified and identified properly, [which] is another key thing.”

When a young woman is found in any form of servitude, she is generally labeled with another word like runaway or petty thief.  But when we take a closer look, we often see some form of trafficking. The Indiana Protection for Abuse and Trafficked Humans, or better known as I-PATH, is a task force working within the state to do a better job at data gathering.  It does exist right here in Indiana.  “We see victims of human trafficking who are both genders, who are affluent, and who are from poverty situations,” says Evans.  Her organization works with women and girls who have been trafficked, offering support, aftercare, and mentor programs.

Evans talks about how it starts. It  might be over some kind of a relationship so a boyfriend, an older guy who was like a daddy and just girls who were looking for love, looking for attention, looking for someone to be a family with. And as sick as it sounds, that’s what they do. They prey on these girls who are vulnerable and want love and attention and other things and provide those for them initially, gaining their trust and then end up taking advantage of them.”

Indiana legislators are becoming more aware of the issue of human trafficking. In the current legislative session, two bills have been submitted to address the issue:

HB 1199 (McNamara) – Adds the crime of promotion of human trafficking of a minor to the definitions of “sex offender” and “sex or violent offender”.