Human Traffic Victims Speak Up at ‘Caravan Swarkasha’ - FreedomUnited.org
This website uses cookies to improve your experience. We'll assume you're ok with this, but you can opt-out if you wish.Accept Read More
Skip to content
Back to Global News 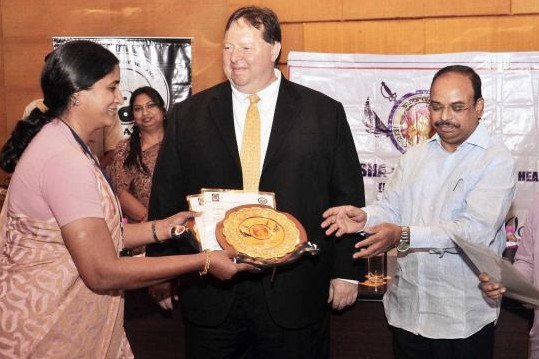 Human traffic victims, seventy-seven in all, who had previously been silent about their experiences have now opened up to share their ordeals…

This article from The Hindu in India reported that the girls took that initiative during the ‘Caravan Swaraksha’ campaign which is travelling across Telangana, Andhra Pradesh and Orissa, has another partner NGO from Chennai, Catholic Relief Services, and is backed by the US Consulate, Hyderabad. It was kick-started on January 9, led by eight trafficking survivors who went from district to district, addressing public events, and making people take pledge against trafficking.spreading awareness against trafficking of women across three States.

The majority of the victims are between 12 and 18 years old.  They spoke impromptu about their stories during various meetings.  Previously they fear the stigma of being a victim explained Sunitha Krishnan, founder of ‘Prajwala’, the NGO spearheading the Caravan.

After covering all 23 districts in both the Telugu-speaking States, the campaign has now reached Orissa. On Tuesday, 22 NGO partners who had received the caravan in the districts and organised events, were felicitated by the US Consulate General Michael Mullins and Telangana State Women and Child Development Principal Secretary M. Jagadeeshwar.

Ms. Krishman said, “We were astonished by these girls who got up in public gatherings and shared their ordeals. Most of them were duped into love affairs by traffickers, but later brought back to their parents.”

Then there was a remarkable revelation when 40 men from a community in the Chittoor, Ananthapur and Kadapa districts made a confession that they were into trafficking.  “Some of them broke down and admitted that they had trafficked hundreds of girls without the realisation that they were committing a heinous crime. In fact, they thought they were helping poor families. They begged us for rehabilitation,” Ms.Krishnan said.

To read the entire article about these human traffic victims and the Caravan, click on the link below.