Child Prostitute or Victim? - FreedomUnited.org
This website uses cookies to improve your experience. We'll assume you're ok with this, but you can opt-out if you wish.Accept Read More
Skip to content
Back to Global News 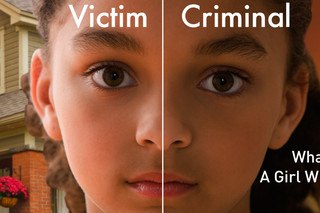 Child prostitute or victim? Children are bought for sex all over the country, and it is not unusual for them to be arrested…

And although they are not old enough to consent to sex and although there are federal laws that define them as victims, many–in fact over 1000 annually–are arrested as prostitutes.

Research has shown that it’s not only our legal system, but the media is also at fault.  In more than 5,000 instances in the last few years, media outlets have called them child prostitutes or other incorrect terms like child sex worker…when in reality they are victims, minors trafficked for sex.

Language matters. The message we send to young survivors when we continue to call them “prostitutes” and deny their victimization is that we don’t care about their truth and pain, or worse, that they are somehow complicit in their own victimization. And that is precisely why we at Rights4Girls launched the No Such Thing campaign last year— to erase the notion of “child prostitute” in both language and law and to ensure that survivors of child sex trafficking are accurately portrayed in the media.

Survivor/Advocat, Withelma “T” Ortiz Walker Pettigrew wrote a petition signed by 150,000 people called our Change.org petition.  It asked organizations to stop using the phrase child prostitute.  The Associated Press listened to that petition.  They revised its AP Stylebook to instruct writers to avoid using the word “prostitute” when a child is involved.

The Associated Press’s decision to end the use of the phrase “child prostitute” is not only a win for accuracy in reporting, but it will go a long way toward changing attitudes about girls who are victims of child sex trafficking. These children are victims of child rape, and they should be treated as such.

This is a strong message to the many news sources to STOP using the phrase child prostitute.  Now the hope is that law enforcement will also realize that there are no child prostitutes…and STOP arresting them as such.

To read this entire article, which was co-authored by Withelma “T” Ortiz Walker Pettigrew, Survivor Advocate and Policy Consultant, click the link below.