Hugo Boss Discovers Forced Labor in its Supply Chain - FreedomUnited.org
This website uses cookies to improve your experience. We'll assume you're ok with this, but you can opt-out if you wish.Accept Read More
Skip to content
Back to Global News 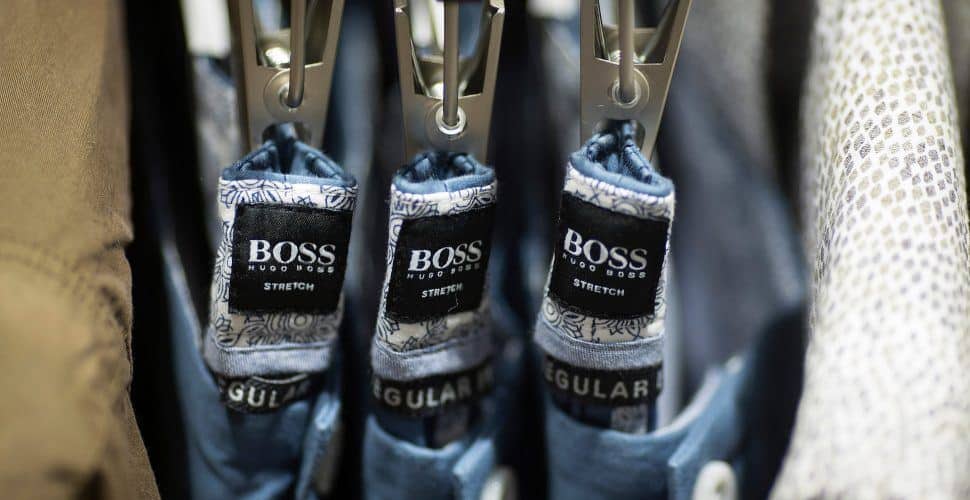 Fashion retailer Hugo Boss says it has discovered cases of forced labor in its supply chain. Young Indian women working for Best Corporation, one of Hugo Boss’ suppliers, have been held captive and barred from leaving factory premises in Tamil Nadu.

The Guardian reports that part of the problem stems from women’s dormitories being on factory grounds:

Best Corporation is not the only company in southern India where issues relating to worker confinement exist. The policy of housing large numbers of young female migrant workers in dormitories on factory premises is widespread in the region.

Factory owners say the policy is necessary to ensure worker safety in largely rural areas. But young women are effectively imprisoned in their workplace and allowed minimal contact with the outside world for up to four years.

One young woman who works at a Best Corporation mill spoke to the Guardian while her factory chaperone was distracted. “We are not allowed to leave the factory without wardens or whenever we want to. I work, when I am told to. I don’t complain. My family needs the money for my wedding dowry,” she said.

Other women living at the factories say they are not allowed mobile phones or have their calls monitored by supervisors.

Best Corporation admits that it does restricts female workers’ movement but says that this is because of the rural location of the factory. It points to the establishment of a worker committee, invitations to NGOs to train staff on workers’ rights, and its funding of a independent hotline for workers.

Still, legal experts say confining workers is against the law. “Restraining or confining workers to not leave mill premises of their own free will – and, when it happens, then never allowing them to move freely outside without company guarding – is clearly in conflict with Indian legislation,” said R Rochin Chandra, director of the Centre for Criminology and Public Policy in Rajasthan.

Even though I am an SA 8000 auditor, not able to stop in my own relatives of my village near usilampatti. Meenakshi mills at Paravai near madurai in the name marriage security,, brokers trap girls and their families…textile mill owners taking advantage of the poverty, even my cousin sister is a victim of this customized system. Industry settled 3 lakhs/3 years + food and accommodation, even Saravana stores of Chennai too exploiting young boys and girls in the same manner.