Hugh Jackman, Making a Difference to Coffee Growers - FreedomUnited.org
This website uses cookies to improve your experience. We'll assume you're ok with this, but you can opt-out if you wish.Accept Read More
Skip to content
Back to Global News 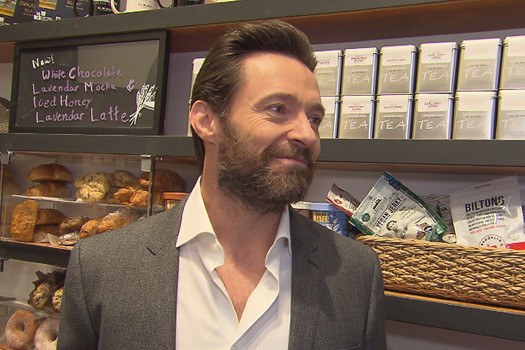 Many know him from The Boy From Oz and Les Miserables, but he is most famous for Wolverine, the mutant Marvel superhero.

It’s been a wildly-successful franchise for Jackman, but a few years ago he decided to claw his way into the coffee business, too. “Australians are very snobby about their coffee,” he said. And is he? “I’m VERY snobby about coffee, yeah.” “I get stopped more in the street, I can tell you this, in New York, for people thanking me for this cafe and for the coffee, than I do for any of my movies,” Jackman said, in Laughing Man Coffee & Tea. “Actually, particularly people will say, not so much the movies, but ‘Thank you for the coffee!'”

It all began in 2009 in Ethiopia, the birthplace of coffee.  Jackman was there making a documentary, Dukale’s Dream, for World Vision when he met a young coffee grower…and Hugh’s life changed.

The man did not know who Jackman was.  Dukale is a fair trade farmer, which means he works with a cooperative in his village to ensure his farm is both environmentally and economically sustainable — which in turn ensures that he gets a fair price for his beans.

Jackman had never thought of such things until he met Dukale and his family and learned how their lives were so tied to coffee.  Jackman decided to help.  He says, “It’s not about what you’re given, it’s what you do with it.  So I, unwittingly, was given a profile, and I thought, ‘What if, in my brief moment of profile — let’s call it ten years, maybe 20, if I’m lucky — what if in that period I create something that lives beyond me?”

Jackson hoped to do with coffee what Paul Newman had done with salad dressing.  His efforts led to a devotion to help farmers and their families.  All his profits go to charity.

In the beginning, he just sold Laughing Man in his cafe and online…but them Keurig Green Mountain took him to the next level…

To read the entire article about Hugh Jackman and his coffee, click on the link below.