Girls Flee the Cutting Season (FGM) in Tanzania - FreedomUnited.org
This website uses cookies to improve your experience. We'll assume you're ok with this, but you can opt-out if you wish.Accept Read More
Skip to content
Back to Global News 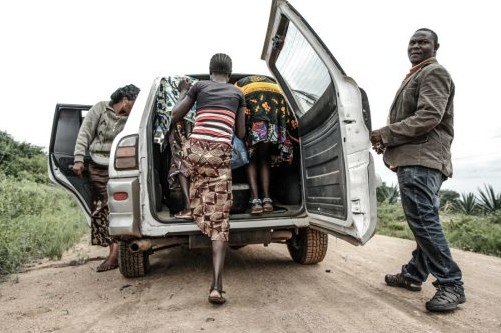 Girls flee the cutting season in Tanzania.  It’s a four-week break at the end of the school term when parents perform female genital mutilation (FGM) on their daughters.  Safe house staff is ready to help the girls escape the potentially deadly procedure…

Some refer to FGM as female circumcision or simply cutting.  Dorika is 12-years-old and comes running out of the bush along with others young girls to the waiting car.  She is escaping from her home in Masinki, two hours west of Mugumu.  Many of the girls are afraid because of the stories they hear of young girls bleeding to death and bodies being thrown into the bush.  Five girls in Machochwe village died during last year’s cutting season — and those are just the reported deaths.

FGM has been illegal in Tanzania since 1998, but many tribes people still believe the life-threatening procedure is a mandatory rite of passage into womanhood — and an indicator to men in the village the girl is now ready to get married. A 2010 government survey found that in the Mara region 40 per cent of girls and women had been cut.

Dorika explains, “My mother threatened to bind my arms and legs and have me cut by force if I refused.”

Men in the Kurya Mungurimi tribes believe that uncut (msagani) girls are unclean and not fit for marriage. The impoverished families of the girls are lured by lucrative dowries, indicating that cutting and child marriage are linked.

This country does not rank among the highest rates of child marriage, though four of every ten girls married before they turn 18-years-old, but it is a significant problem in parts of Tanzania.  It is reported the 55% of girls in Mara are forced into marriages, but advocates believe the numbers are higher, because the rural communities are remote and corrupt. Authorities and police often ignore the cases in order to get a bride of their own.

To read the entire story, click on the link below.