How the UK Can Learn from Brazil and India - FreedomUnited.org
This website uses cookies to improve your experience. We'll assume you're ok with this, but you can opt-out if you wish.Accept Read More
Skip to content
Back to Global News 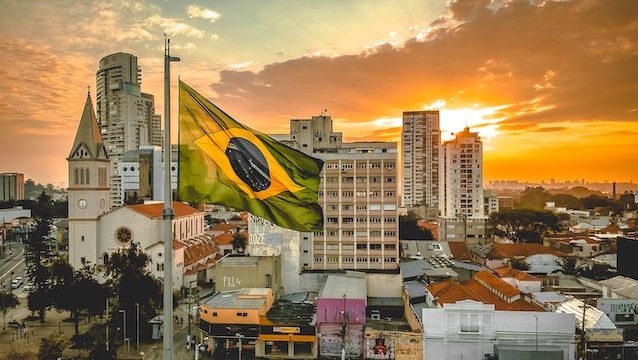 How the UK Can Learn from Brazil and India

Work is seen as a fundamental means to getting out of poverty.

Yet for many in the UK, despite the employment rate remaining high, there is an increase in the number of people living in poverty.

As Deirdre McCann, a law professor at Durham University argues, this is due to the growth in “types of work that are unacceptable over the last decade.”

Professor McCann recently brought together a network of researchers and policymakers from more than 20 countries for a conference called “Unacceptable Forms of Work: Global Dialogue/Local Innovation.”

She says there are many overlapping challenges faced by different countries, but notes that Brazil and India may have solutions that the UK could learn from. Writing in The Conversation, McCann explains:

[In Brazil] As part of our project, a team led by Ann Posthuma at the UN’s International Labour Organisation and Flavia Scabin at Fundação Getulio Vargas university in São Paulo, argues that transparency can be achieved by combining innovative laws with novel labour inspection and civil society strategies. The team has seen this in action in Brazil.

Central is something called the lista suja or “dirty list”. This is a registry that publicly discloses the names of companies found to host forced labour in their supply chains. Firms on the dirty list are publicly shamed and risk being denied government funding and tax subsidies. A São Paulo state law goes further, banning companies that benefit from forced labour for up to ten years.

[In India] Mathadi workers are labourers hired by transport companies to shift goods in ports and docks, market yards, and in retail – they tend to carry the goods on their heads and shoulders. It is gruelling work. Like “zero hours” workers, Mathadi workers have traditionally been excluded from the protections of labour law because they do not have a consistent employer and work on a “gig” basis.

Maharashtra enacted pioneering legislation – the Mathadi Act – back in 1969 to tackle both the oversupply of labour and worker exploitation. The law established Mathadi boards which combine representatives of workers, employers and the government. The boards themselves act as labour hire agencies: both workers and those hiring them must register with a board to operate in the industry. They also stipulate labour standards for Mathadi workers and provide them with social protection.

McCann argues that the UK could learn from Brazil, “which has a labour inspection framework that involves coordination with unions and employers’ organisations,” as one means for tackling labor exploitation.

This approach goes beyond the light touch UK Modern Slavery Act that only asks companies to publicly report on what they are doing to clean up their supply chains.

At the end of the day, “It is not enough to focus on high levels of employment if this work does not pay and poverty proliferates as a result,” concludes McCann.