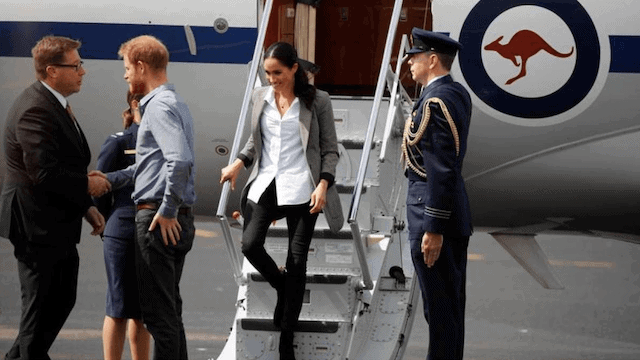 When Meghan Markle wore a pair of “slavery-free” jeans during her royal tour of Australia last month, it set off a surge in sales for Australia-based Outland Denim, the company behind the ethically sourced and produced product.

It also proved that the public does have an appetite for buying goods free from modern slavery.

“(She) made it okay to wear an ethically-made brand to the world … we can’t put a value on that,” he added.

Australia-based Outland Denim employs dozens of survivors of human trafficking and modern slavery and other vulnerable women in Cambodia to make its $200 (150 pounds) jeans that are stamped as ethically sourced and produced, and environmentally friendly.

Founder James Bartle said his social enterprise – a business seeking to make profit while doing good – set out from day one in 2011 to know exactly where their materials and workforce came from – which had meant limited quantities and higher prices.

“Every brand must stand for something. The public are sick and tired of marketing,” he said.

“We wanted to create a sustainable model – to give genuine power to people to change their future through employment.”

Still, researchers and activists say very few companies can categorically claim that their goods are “100% slavery-free.”

Experts warn that many companies sign up to anti-slavery schemes or rely on codes of conduct instead of directly dealing with workers in their supply chain, ultimately failing to stop abuses.

Andrew Crane, an academic at Bath University, noted that “[Being slavery-free] is very hard to prove, any such claims cannot be trusted by consumers.”

“Maybe we don’t need companies to say they are slave-free…but that they are trying to be and doing everything they can to achieve that.”

Delighted…Hopefully this attitude will spread. It has long been needed!