How Are 400,000 Americans Enslaved? - FreedomUnited.org
This website uses cookies to improve your experience. We'll assume you're ok with this, but you can opt-out if you wish.Accept Read More
Skip to content
Back to Global News 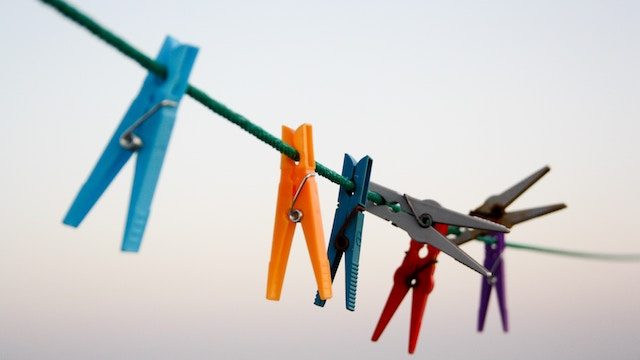 A health care worker in Orange County, California was making a routine visit to the home of an Iraqi couple when their Indonesian housekeeper secretly slipped her a note.

The health care worker gave to note to authorities who translated it from Indonesian, discovering that she was being held by the Iraqi couple against her will.

Agents from Immigration and Customs Enforcement’s Homeland Security Investigations descended on the residence, where they arrested Firas Majeed, 44, and Shatha Abbas, 38, and rescued the Indonesian domestic worker. Court documents later revealed that she had been working 18 hours a day for the previous five months with no days off and no pay. On top of that, the couple had seized her passport and confined her to their house.

The Iraqi couple eventually pled guilty and were sentenced to three years’ probation and ordered to pay the Indonesian woman unpaid wages totalling $18,270.

While this may seem like an isolated incident, it’s not. According to the new Global Slavery Index from the Walk Free Foundation, an estimated 400,000 people in the US — nearly 1 in 800 — are trapped in modern slavery. Most are domestic workers, farmworkers, restaurant and food service workers, health and beauty providers.

OZY explains how researchers arrived at the 400,000 number:

400,000 sounds like a lot, right? Let’s look at how they crunched the numbers. Given the nature of the subject, of course, Davina Durgana, the senior statistician and co-author of the GSI report, and her team face challenges in gathering GSI data. Walk Free Foundation is the only group measuring enslavement on a country-by-country basis.

The U.S. and other major Western countries are not surveyed via personal interviews, which “can be tremendously costly,” says Durgana.

Also, in using a typical sample size of 2,000 U.S. residents, for example, the statistical likelihood of picking a sample with enslaved people in it is low, although that does not mean forced labor doesn’t exist from a national perspective.

Plus, research in developed countries often relies on telephone surveys, which the GSI team has determined are not as accurate as face-to-face surveys, given the sensitive nature of the questions.

Instead, to arrive at an estimate of the total number of enslaved people in the U.S., the GSI pursues multiple systems estimation — a family of techniques that measures statistical inference using overlaps between incomplete data sets.

The technique is common among human rights groups and other organizations working with difficult-to-obtain data. The U.S. figure is extrapolated from a hemisphere-wide sample and tweaked with U.S.-specific risk factors, like poverty rates, employment stats and other government-generated data.

Coalition to Abolish Slavery and Trafficking (CAST), one of the largest service providers to victims of trafficking in the U.S., says that it has seen a tremendous increase in the number of calls to its emergency hotline in the past two years alone.

Kay Buck, CEO of CAST, says that the organization helps victims from more than 59 countries, most of whom hail from developing nations.

“They are vulnerable because they are poor,” Buck says. “That is the reality.”

Do multiple systems evaluation techniques provide estimates of margin of error? If so, that information needs to be included in the article.

It is more than one out of thousand people living in America. But if my unknown ? neigbour is not free, I am not free, my country is not free…… .

But how do they get into the USA to begin with? That is not explained. Is it correct to assume that these people are illegally trafficked into the USA? how else do they arrive there, from poor backgrounds, without means of self-support? I think this article is deliberately omitting certain information without which it cannot make sense. Is this about illegal trafficking as well as, effectively, kidnap or unlawful detention of a person against their will (withholding passport).

Some people aren’t from outside the country at all; homeless kids and people lured into running away from home to live with a “boyfriend” who promptly turns around and forces them into sex work.

Other people are from outside the country, get here legally, possibly having an employer sponsor them, possibly “mail order brides,” possibly just normal people here to look for a job, and then find themselves forced into working for low or no wages and kept prisoner by their “employers.”

Trafficking victims do not necessarily come from outside of the country where they are enslaved. Vulnerable people may be trafficked, such as the homeless, people with learning disabilities, children, people who have left care, drug addicts, and vulnerable women can be forced into prostitution by abusive partners.