The High Cost of Fast Fashion - FreedomUnited.org
This website uses cookies to improve your experience. We'll assume you're ok with this, but you can opt-out if you wish.Accept Read More
Skip to content
Back to Global News 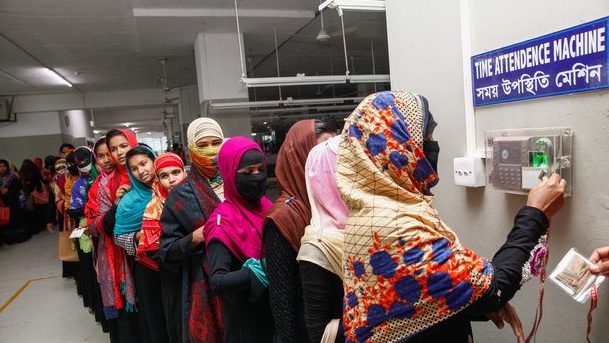 The High Cost of Fast Fashion

Fast fashion may bring catwalk styles to consumers at cheap prices, but there is often a huge social cost behind it.

That €5 t-shirt in the store is likely made thanks to low wages, dangerous working conditions, and brands attempting to churn out clothing as quickly and as cheaply as possible.

Much of the production of these brands has shifted to developing countries, with suppliers often competing for a place in a global brand’s supply chain.

Yet as RTE explains, this also puts tremendous pressure on suppliers and, in turn, makes workers vulnerable to exploitation and forced labor:

Fashion brands and retailers have tremendous power in negotiations and can demand faster more flexible deliveries at lower cost. Under such pressures, the smaller factory owners typically pass on the costs and risks to the weakest links in the chain: the workers they employ.

These developing-world suppliers would never tell a retailer that an order is too difficult, so workers simply must finish it. Suppliers manage this uncertainty and demand for flexibility by forcing workers to work long hours up to 18 hours a day. Oxfam reports that a seven day working week is often the norm during peak times.

Overtime is usually compulsory and workers penalised if they refuse to work it. In December 2010, the Clean Clothes Campaign reported that Zara and H&M sourced from a Bangladeshi factory where a fire killed 25 workers and injured another hundred. Many of these workers were unable to escape as exits had been locked.

The the Rana Plaza factory collapse — a disaster that killed 1,138 garment workers and injured 2,600 — prompted global outage about unsafe working conditions in the garment industry.

After the disaster, the Rana Plaza Arrangement was established to collect compensation from the fashion companies that had orders with garment factories in the building. Yet as the Clean Clothes Campaign reports, companies didn’t want to pay into the fund. It was only after campaigning and consumer pressure that companies took action.

Even more troubling, while “fast fashion retailers acknowledge that garment workers need better wages, no company has committed to date to providing a living wage.”