Haribo Gummy Bear Ingredients Made by Modern Slaves - FreedomUnited.org
This website uses cookies to improve your experience. We'll assume you're ok with this, but you can opt-out if you wish.Accept Read More
Skip to content
Back to Global News 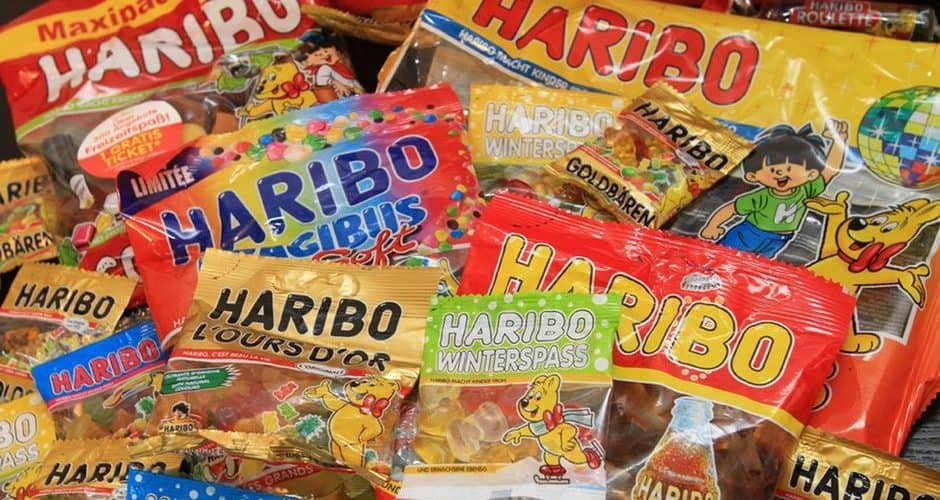 The popular and successful global German confectioner Haribo is being criticized after a documentary exposed slavery in the manufacturing process and that pigs also are abused in the making of the gelatin used in gummy bears. DW explains:

“The 45-minute documentary Markencheck (“brand check”) examined both the health and production issues of Haribo products, which are sold all over the world, and found failures of oversight in the production of carnauba wax and animal gelatin that left some of Brazil’s poorest workers, and pigs in industrial farms in Germany, suffering in horrific conditions.”

Carnauba wax, which gives gummy bears their glossy look and prevents them from sticking together, is from the leaves of carnauba palm trees that grow in some of the poorest regions of Brazil. There the workers are paid only $12 per day, sleep outside, and have no access to toilets or clean drinking water. The filmmakers also found that children were working on the plantations.

The problem is so severe that the Brazilian police have previously carried out raids to rescue workers. A Brazilian official from the Ministry of Labor noted that there have been an increasing number of complaints about the carnauba wax industry and that authorities had found victims in conditions “that could be described as slavery.”

“The workers are treated as objects, worse than animals,” he said.

A spokesperson for Amnesty Germany explains that German companies are still liable for abuses committed by their suppliers: “If there are human rights abuses, they have to provide remedy and compensation. Unfortunately, the German government has failed to really bind companies to their duty of care.”

In response to the documentary, Haribo released a statement saying that they were not aware of a “violation of our guidelines” but that it would look into their suppliers’ practices. “We are a company that wants to bring joy to children and adults,” the statement added. “We can therefore not accept the disregard of social and ethical standards.”

Just stop buying haribo products, then you don’t take part in their vile practice, as it’s obvious that all over large global business fail to monitor their supply chain and then blame the exclusive supplier who they control.

Haribo are tasteless rubbish,anyone remember the fantastic pick and mix sweets Woolworths used to sell in the 50’s and 60’s ? don’t buy this rubbish and support modern slavery.The only thing these faceless corporate businesses care about is money,they don’t care how they get it.

True question is then, why none of those companies including Top global retailers and candies manufacturers , (who all release Corporate and Social Responsibility reports) has been able to identify the problem in its supplychain?

Actually issue goes far beyond Haribo lack of proper due diligence.
Carnauba palm is only growing in brazil and is frequently indicated on food products ingredients list as E903 .
According to the FOODFACTS PLATFORM https://world.openfoodfacts.org/additive/e903-carnauba-wax a corwd sourced initiative gathering information on food products, 942 brands are selling products (essentially candies, some ice creams…) including this additive in their ingredients list.