Freedom United shortlisted for Stop Slavery Campaigns Award - FreedomUnited.org
This website uses cookies to improve your experience. We'll assume you're ok with this, but you can opt-out if you wish.Accept Read More
Skip to content
Back to Global News 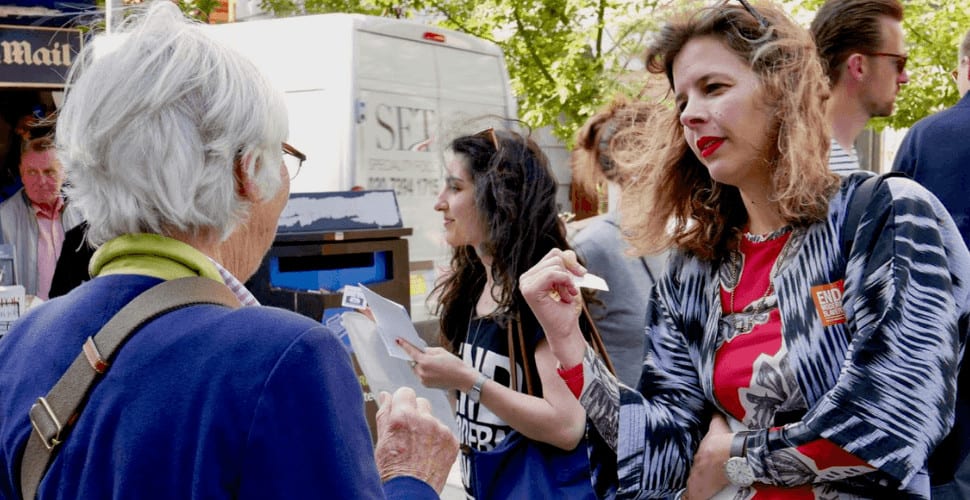 At Freedom United, we’re excited to share the news of having made the shortlist for the Thomson Reuters Foundation’s Stop Slavery Award.

This is in recognition of the impact that you, our community, has had in using your power to influence change.

We at Freedom United are delighted to see the Stop Slavery Campaign Award’s new categories in 2020 that recognize the role of campaigning, acknowledging just how crucial a united anti-slavery community is in the fight to end modern slavery.

The successes we’ve had from getting volunteer tour operators to stop offering placements in orphanages, to all six big tea companies telling us who picks our tea, are made possible thanks to the millions of actions that we’ve taken together and the strong collaboration with our global partners and survivor advocates.

Our collective voice has supported the anti-slavery community by loudly demanding change and demonstrating that we, as a society, are holding governments and business accountable.

The new awards will be presented alongside the prizes for companies that have taken concrete steps to eradicate forced labour from their supply chains.

Delta Air Lines, for its ‘#GetOnBoard’ Campaign (US)

Freedom United, for its digital campaigns and petitions (Global)

Sintrata, for its digital campaign with Uber (Mexico)

Freedom United advises Delta Air Lines anti-human trafficking task force, including the development of their #GetOnBoard campaign recognised by the Stop Slavery Campaigns Award, and their staff training program on human trafficking, which has been completed by over 80,000 Delta employees to date.

Freedom United is a small team with a big community making change happen and we hope you share our pride of what we’ve managed to achieve together.

Let’s keep up the fight and continue using our power!