Forced Marriage Convictions Plummet, but Why? - FreedomUnited.org
This website uses cookies to improve your experience. We'll assume you're ok with this, but you can opt-out if you wish.Accept Read More
Skip to content
Back to Global News 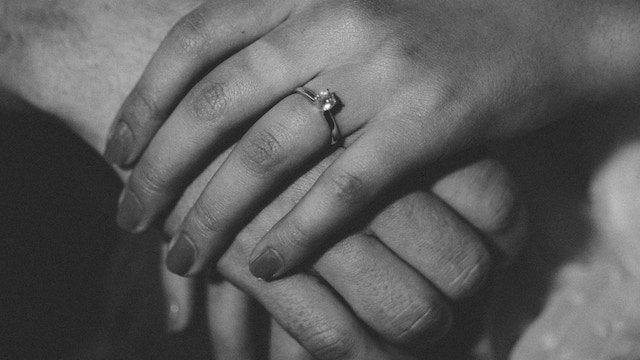 Forced Marriage Convictions Plummet, but Why?

More and more victims of forced marriage are coming forward in the UK. You’d expect more people being charged by the authorities, but the opposite is true — the number of prosecutions for honor crimes (including forced marriage) has plummeted in the past five years.

Under UK law, honor crimes cover coercive control, forced marriage and subsequent repeated rape, female genital mutilation (FGM), assault, threats to kill, attempted murder and even murder itself. According to the Crown Prosecution Service, successful prosecutions for honor crimes fell from 123 in 2013-14 to just 71 in 2017-18.

“Perpetrators are not being held to account. The fall in prosecutions is massively concerning given more victims than ever are coming forward. It sends a message to communities that you can almost get away with it,” said Natasha Rattu, the director of Karma Nirvana.

Rattu said the falling number of honour abuse cases that the police were flagging to the CPS could be linked to their lack of awareness of the issue. Karma Nirvana had trained 43 police forces across England and Wales

“There is a real training gap,” she said. “There is also a lack of confidence to address the issue. Professionals sometimes worry about being seen as culturally insensitive or racist.

“Honour-based abuse is not being prioritised. Victims do not feel they can trust agencies and think agencies are colluding with the perpetrators.”

“It is possibly the most vulnerable women being left at risk because they are more likely to face reprisal due to police inaction,” added Pragna Patel, director of Southall Black Sisters.

“They have more to lose. Once they have decided to report, they are at risk of being ostracised, isolated, vilified and perhaps subjected to greater threats as they have transgressed community norms.”

It became illegal to force someone into marriage in England and Wales were implemented in 2014. Perpetrators can be imprisoned for up to seven years.

This is utterly shocking. I know from personal experience how damaging coercive control can be – and I’m English. I managed to get away and take our daughters to live not far away (so that parental access was not a problem – but was strictly at the girls’ discretion). If I hadn’t, one of us would have ended up dead. It’s unconscionable that such behaviour, and far worse, goes unpunished. Relationship education not just in schools but also compulsorily in police forces, is essential.

What are the people in the U.N. getting paid to do ??? Democrats in the u.s. are too busy trying to get rid of Trump so they can win elections and get more tax money. People in the u.s. have not time to worry about others.

Perpetrators should be thrown out of the country. There is no place for such savage idiots in a civilised world.

The thing that is missing is the judges awareness of what the crime entails, Western judges have little or no knowledge of the effects of “forced Marriage” either on the victim or the “ honour” of the family executing the foul deed, a child mainly girls wed at such a young age are more likely to die in childbirth, have post natal problems, lose any chance of further education, remain in poverty and suffer physical and psychological abuse at the hands of her “ husband” and have no say in it.

This Country has always had a problem with prosecuting offenders of foreign cultures and nationalities in case we are perceived as Racist. Therefore we probably have the highest crime rate in the Western world unchallenged in these crimes.