Why Forced Begging Persists in Senegal - FreedomUnited.org
This website uses cookies to improve your experience. We'll assume you're ok with this, but you can opt-out if you wish.Accept Read More
Skip to content
Back to Global News 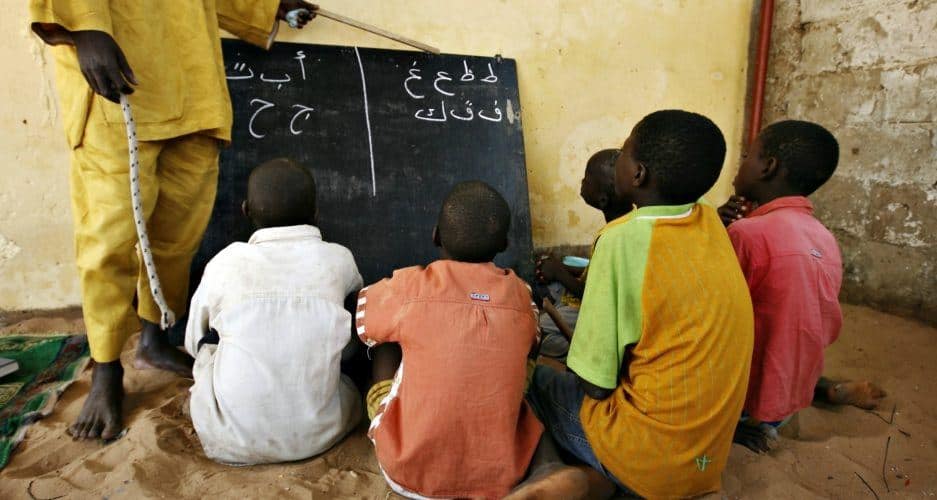 Why Forced Begging Persists in Senegal

PRI reports that Senegal has been trying to crack down on schools that force children to beg. The premise is that “The money they collect on the street goes to their Quranic instructors, known as marabouts, in exchange for teaching, food and housing.” Yet when children don’t bring any money back, it is quite a different story.

Bouba a 5-year-old told PRI “If we fail to bring money home, we will be beaten and punished by our teacher. “It’s been a long time since we have even heard from our parents.” Unfortunately Bouba is just one of thousands of children facing this abuse.

Marabouts force an estimated 50,000 children living in traditional Quranic boarding schools, or daaras, to beg for food and money, according to a recent report from Human Rights Watch. UNICEF has put that number at more than 100,000 and has called the situation modern slavery.

Human Rights Watch attributes the problem to the “government’s insufficient allocation of resources and lack of prosecutorial mechanisms.” But moreso, marabouts wield tremendous influence. Corinne Dufka, program director at Human Rights Watch in West Africa said “These Quranic teachers are so powerful that they are untouchable. . . no one has ever been prosecuted for these crimes. I call it exploitation in the name of religion.”

Others see the practice as acceptable. Abdulai Sane, a Senegalese teenager, said that children who beg would learn from the experience. “They should not question any errand assigned them by their teacher. They should just obey. It’s part of the learning process.”

Regardless, it is tough for the children ordered to beg on the streets. If they come back empty handed, they get nothing from their teachers. 5-year-old Allieu is under constant pressure to beg. “The other day, a taxi driver almost knocked me down. But it’s my normal routine. If I don’t beg, I won’t eat,” he said.