Over 100 Trafficked Filipinos Repatriated from Abu Dhabi - FreedomUnited.org
This website uses cookies to improve your experience. We'll assume you're ok with this, but you can opt-out if you wish.Accept Read More
Skip to content
Back to Global News 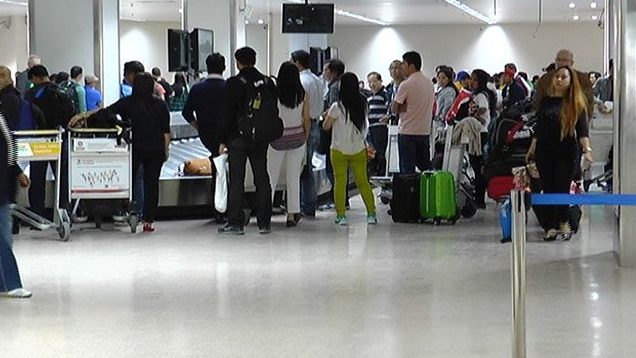 Over 100 Overseas Filipino Workers (OFWs) who were victims of human trafficking in Abu Dhabi have returned to the Philippines. UNTV News reports that each of them have received P15,000 to help them restart their lives back home.

Joan Masa, who was a domestic worker in Abu Dhabi, recounted that she faced abuses tantamount to slavery. “What happened to us there was really traumatic. For me, it’s not humane, it’s slavery. We were allowed to sleep for only two hours. We are also not allowed to urinate. Our food was limited. Whatever the food they left, that’s what we can only eat,” she said.

Department of Foreign Affairs Migrant Workers Affairs Usec. Sarah Lou Arriola added that the Philippine government paid for their flights home and that the OFWs were officially identified as “victims of human trafficking.”

Abu Dhabi is a popular destination for OFWs, though many are in the country without proper documentation or are attempting to work on tourist visas. In light of this, the Philippine government hopes that a new bilateral agreement can help OFWs go abroad with proper work visas:

“The Overseas Workers Welfare Administration (OWWA) believes such a [tourist visa] system can be avoided if the implementation of the Labor Cooperation Agreement of the Department of Labor and Employment (DOLE) and the government of Abu Dhabi pushes through.

Stated there is decent recruitment of the workers for UAE which means once the UAE Domestic Workers Law takes effect, like what Usec says, maybe in the first quarter of next year, all OFWs going to UAE will strictly undergo the process of the Philippines Overseas Employment Agency (POEA) strictly, there will no longer be visit and tourist visa deployment,’ OWWA chief Hans Leo Cacdac said.”