Exploitative Immigrant Detainee Labor Saves For-Profit Prison $47 Million - FreedomUnited.org
This website uses cookies to improve your experience. We'll assume you're ok with this, but you can opt-out if you wish.Accept Read More
Skip to content
Back to Global News 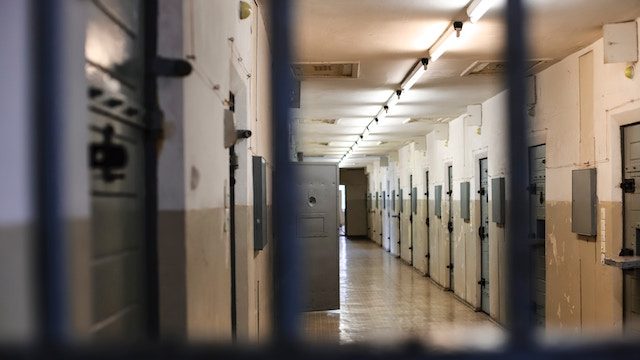 Detained immigrants across the United States say they have been forced to work without pay in ICE-contracted private immigration detention centers. And they’ve filed class action lawsuits against the country’s two largest for-profit prison companies, Geo Group and CoreCivic, to seek justice.

Much of the controversy revolves around ICE’s Voluntary Work Program, which stipulates that detainees can be paid as little as $1 a day for their work in detention. Yet plaintiffs claim that they were coerced into working under threat of the use of pepper spray, solitary confinement, and the reporting of misbehavior to ICE or immigration courts.

Now, Raul Novoa, who was detained at the Adelanto Detention Center in San Bernardino between 2012 and 2015 and who is one of the main plaintiffs in a class action suit against Geo Group, is expanding his complaint.

Novoa’s attorneys are seeking to amend his complaint with new allegations that, as a part of company policy, GEO forces immigrants in its custody to work for no compensation at all in at least 14 U.S. Immigration and Customs Enforcement detention centers under threat of serious harm.

A victory for Novoa, or for the plaintiffs in any of eight other similar lawsuits against GEO and its slightly smaller competitor, CoreCivic, could have far-reaching consequences for the companies’ profits — and for the Trump administration’s immigration policies.

ICE rules say that detainees can only be obligated to make their beds, straighten their papers and keep their floors and beds free of clutter, but plaintiffs’ attorneys note that GEO believes its “Housing Unit Sanitation Policy” falls within the regulations.

Under ICE’s Voluntary Work Program, detainees are paid about $1 a day, for which ICE reimburses GEO and other private firms that use detainee workers. ICE rules specify that detainees cannot be required to work, but Novoa’s lawsuit says his labor was not voluntary and seeks back pay and damages for both $1 a day workers like Novoa and another class of perhaps hundreds of thousands of detainees who, like Karim, were compelled to work for free.

Geo Group has hit back at the lawsuits, saying “This litigation is an attempt to cripple ICE, which has relied on contract facilities for decades under both Democratic and Republican administrations.”

And in emails obtained by Northwestern University Political Science Professor Jacqueline Stevens through a Freedom of Information Act request, it’s clear that ICE is worried. A deputy chief in ICE’s Office of Principal Legal Advisor wrote last August, “ICE has significant concerns about the potential impact on ICE equities if adverse decisions are entered in these cases.”

For both Geo Group and CoreCivic, the use of extremely cheap detainee labor, rather than hiring from paid employees, has helped their bottom line. Capital & Main estimate that Geo Group alone saved $47 million dollars —as much as the company earned in profits in the second quarter of this year.

This is sad that Immigrants go through such things trying to leave the Country they are from though I’m wondering why Homeless people receive nothing and those paying their debt to society for the crimes they committed receive housing, meals, medical care, cable television, educational materials, and internet usage something seems really wrong