EU Immigration Barriers a "Gift to Traffickers" - FreedomUnited.org
Skip to content
Back to Global News 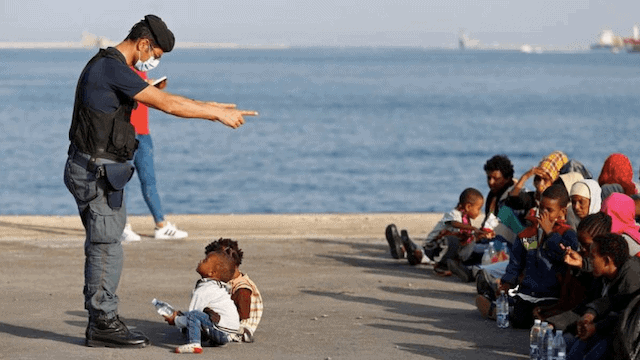 European countries are closing their doors to migrants fleeing war, famine, or persecution at home, but experts are warning that cracking down on immigration is only serving to help human traffickers.

The rise in anti-immigrant sentiments across Europe and closed borders means that migrants fleeing peril in Africa and the Middle East risk falling into the hands of traffickers who promise them a better life.

“These barriers are a gift to the traffickers.”

As governments respond to nationalist sentiment among voters, xenophobic rhetoric has risen and once-safe havens for migrants have closed, allowing human traffickers to jump in and lock migrants into profitable cycles of exploitation and abuse.

“We are putting people on the move between two unacceptable decisions,” Rocca said.

“Stay at a place where famine, violence, food and security, the consequences of climate change, will put their lives at risk – or escape from their countries risking to be trafficked, to be sold as slaves or to die during the journey.”

Tarnished as criminals, rather than people needing protection, migrants are becoming even more vulnerable to traffickers and to abuse, frontline workers say.

Aid workers like Hassiba Hadj Sahraoui from Medecins Sans Frontieres (MSF) also point out that the aid sector is increasingly being put on trial for helping the needy.