Drought Gives Families 'No Choice' But to Sell Children - FreedomUnited.org
This website uses cookies to improve your experience. We'll assume you're ok with this, but you can opt-out if you wish.Accept Read More
Skip to content
Back to Global News 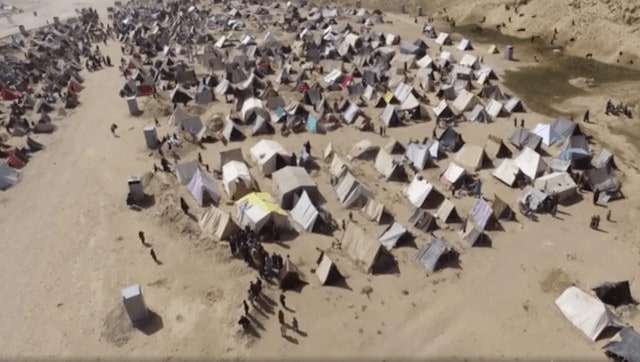 Drought Gives Families 'No Choice' But to Sell Children

A severe drought in Afghanistan has led to families facing an impossible choice: starve or sell your own children to survive?

For four years the region’s agriculture industry has been devastated by the lack of rain. According to UN estimates, over 275,000 people have been displaced by the drought, 84,000 of them in the city of Herat and 182,000 in the region of Badghis.

One woman who lost her husband to war and now her home to climate explained that she had to sell her 6-year-old daughter, Akila, to a man who promised her to his 10-year-old son.

“I fled my village with my three children because of severe drought,” she says. “I came here thinking that I will receive some assistance, but I got nothing. To avoid starvation among my children, I gave my daughter to a man for about $3,000, but have only got $70 so far. I had no money, no food and no breadwinner — my husband was also killed.”

Asked if Akila knew her fate, she said: “She doesn’t know that I have sold her. How would she know? She is a child. But I had no other choice. Whether in tears or laughter, she will have to go. Who would sell a piece of her heart unless they really have to?”

Her fate lay meters away, in another, richer tent in the camp, with Najmuddin, her purchaser. Part of this transaction is cultural — part of the mores of a society where girls have long been traded for dowries rather than being asked for consent. But to Najmuddin, this was an act of charity.

“Her family didn’t have anything to eat. They were hungry,” he said. “I know I am also poor, but I am sure I can pay it off slowly… in two to three years.”

This was not the only case of children being sold by their own parents. One man said he sold his 4-year-old daughter because “I had no other choice, I had no money and no source of income.”

“The man came here and gave me two options: either to pay back his money or to give him my daughter. I went with the latter.”

Humanity is disgusting, I would have prefered anything but that, what a shame ! Poor children, they are always the most ill-treated.