Don't Teach Me How to Sew — I Want to Play the Drums - FreedomUnited.org
This website uses cookies to improve your experience. We'll assume you're ok with this, but you can opt-out if you wish.Accept Read More
Skip to content
Back to Global News 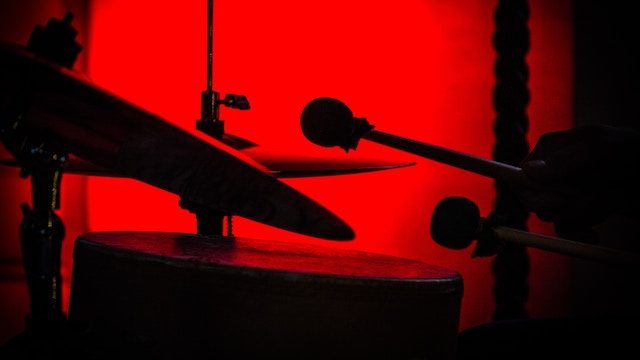 “Why would you need training in stitching or becoming a beautician, especially when you are an excellent drummer?” asks Robin Chaurasiya.

The founder of anti-trafficking NGO Kranti — which means revolution — Chaurasiya says what may be seen as unconventional choices are sometimes the right path for survivors of trafficking.

For Sheetal, the daughter of a woman who was rescued from sex trafficking, that choice meant becoming a drummer.

“The (charities) I went to before Kranti never asked me what I wanted to do. They just wanted us to clear school and get married,” Sheetal, now 24.

“I had only seen boys play the drums. I had no idea I could learn it too.”

Rescued survivors have traditionally been put up in government and charity-run hostels and given vocational training in skills like embroidery and basket weaving and more recently computer training.

But anti-trafficking charities in India are increasingly focusing on teaching skills that survivors are passionate about or can help them return to the community and find work, rather than simply engaging them in some activity.

“It is more about healing and happiness,” Chaurasiya said.

With Kranti’s help, the sex worker’s daughter, Sheetal, went on to win a scholarship to study in the United States.

The benefits of teaching unusual skills to women who were rescued from brothels was highlighted in September, when about 20 female welders and carpenters helped to rebuild flooded homes in India’s Kerala state.

However, Hasina Kharbhih, founder of anti-trafficking charity Impulse NGO Network, says it is a more a matter of finding the right market.

“The skills of stitching and embroidery that were given earlier do not have a market,” she said.

Now Impulse Social Enterprises, the company set up by the NGO, employ around 400 trafficking survivors to make clothes, bags, and home furnishings that are sold online.

While that’s all warm fuzzy and good, it’s super idealistic and limiting. Yes the world is opening up in a lot of ways for jobs, esp. for women BUT don’t discount the various types of work still going on that women could learn like sewing or manufacturing. These women need to learn multiple skills so they are never vulnerable again. Not just follow their bliss. Only a small percentage of those who do follow their bliss are able to make a true living, and in this day life is very expensive!!

They can do both.

Exactly…that was my point but not to discount real life skills that make a living for a person and only follow one’s bliss. I’ve seen this personally backfire…sometimes it works but it’s also good to have a day job, as they say.

Wonderful – all the very best to Sheetal we need more women drummers. Susan.
P,S, I am a drummer, or rather a classical percussionist and I can’t sew!

You’ll note no one’s concern trolling regarding the mens’ choices of employment.