Domestic Worker Forced to Sleep Outside with Rottweiler Passes Away - FreedomUnited.org
This website uses cookies to improve your experience. We'll assume you're ok with this, but you can opt-out if you wish.Accept Read More
Skip to content
Back to Global News 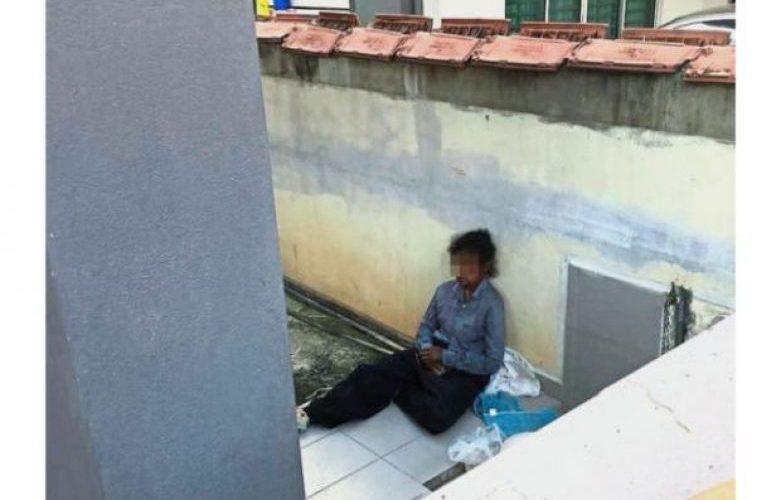 Domestic Worker Forced to Sleep Outside with Rottweiler Passes Away

Adelina, a 21-year-old Indonesian domestic worker, has passed away just a day after she was rescued in Penang, Malaysia. When rescuers arrived at the house where she worked, they found her sitting on the porch, unable to speak. A barking black rottweiler was tied up next to her on the porch, where she was forced to sleep for over a month by her employer.

Rescuers went on Saturday to the house in Taman Kota Permai, in Penang, after being alerted to the abuse by a journalist.

One of the rescuers, Por Cheng Han, 29, said, “We spoke to the neighbours, who told us they often heard the employer scolding her loudly from inside the house.”

He said he saw pus on what appeared to be burn marks on the maid’s legs.

“There was a woman in her 60s at the house when we arrived,” said Por, adding that she refused to send the maid to the hospital and told them to mind their own business.

Por said he was given the phone number of the woman’s daughter – the maid’s employer – who denied abusing the woman and told them to wait for her to return.

When the employer returned, she said that she had not mistreated the maid but admitted to having slapped her in the past, according to Por.

Adelina had burns all over her skin and injuries on her feet. Her employer had bought a cleaning chemical to clean the kitchen drain, but “she claimed that the maid had accidentally spilled the chemical on her legs and arms when pouring this into the drain hole, causing chemical burns, and that despite being provided with medication, she did not stop picking at her wounds, making them worse,” said Por.

Por called anti-trafficking NGO Tenaganita for help, but before they could arrive the employer had bundled Adelina into her car and driven off. Por then called the police.

Central Seberang Prai OCPD Asst Comm Nik Ros Azhan Nik Abdul Hamid of the Malaysian police were able to track down the employer and say she and her brother are being detained and investigated under Section 302 of the Penal Code for murder.

Sadly, Adelina was too afraid to speak and tell police what all had happened to her, and she passed away after being taken to Bukit Mertajam Hospital for her injuries.

Definitely time to lock up the Daughter and the 60-year old woman – both liars and abusers – let them spend the next 10 years in prison. Sell the house and send the proceeds to the family of the woman who has died. Nothing less would be satisfactory. How absolutely ghastly! In Penang in Malaysia? Tsk! Tsk!

What an absolutely terrible tragedy. Have these employers have no conscience at all? Maximum possible penalties and punishment need to be given to all who resort to such barbaric actions.

Unfortunately, they do indeed have no conscience. Similar “employers” can be found here in London.

What a cruelty! What a shame for “humans”. We demand a very heavy sentence,

Filthy Pigs who should be thrown into prison with a sentence of hard labour for the rest of their disgusting lives. There is absolutely NO excuse to commit such abhorrent crimes and the world does not need foul subhumans like this to interact with civilized citizens!!!