The Woman Who Escaped Domestic Slavery in San Diego and Fought Breast Cancer - FreedomUnited.org
This website uses cookies to improve your experience. We'll assume you're ok with this, but you can opt-out if you wish.Accept Read More
Skip to content
Back to Global News 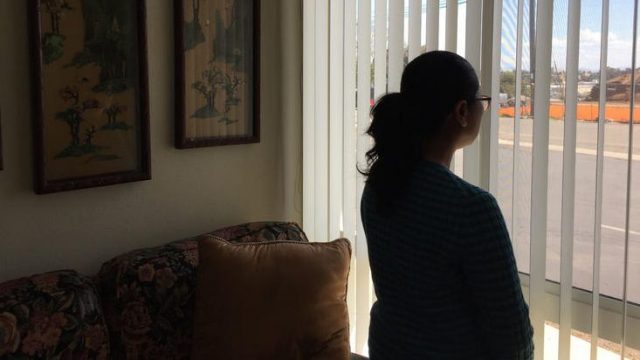 For the last year-and-a-half, a 41-year-old Indonesian woman has been living at a shelter for human trafficking victims in San Diego. She has no money, but she also is barred from working.

Her story is complicated, and her situation has put her in limbo. She was trafficked, but her case isn’t severe enough for the authorities to intervene or for her to be granted a visa as a victim of human trafficking.

She had been a domestic worker in Hong Kong for several years for a good family. But when her contract expired in 2015 she was placed with a new employer — this time a young banker who was looking for a housekeeper to take with him to San Diego. She was told she’d be paid $1,300 a month, and she saw it as an opportunity to learn English, so she agreed.

Yet she began to notice that something was off when she went to apply for her visa at the American consulate. She was presented with a different contract that specified she’d be paid $1,900 a month, have 8-hour work days, and overtime pay — all per U.S. labor law. The consulate staff also gave her a pamphlet about workers’ rights in America and a hotline for human trafficking.

She and the banker signed the new agreement, but when they left he dismissed them, saying they were merely official paperwork. She’d still only get $1,300. Because she needed the money, she said yes.

The San Diego Union Tribune explains that her situation grew worse upon arrival in California:

When she arrived at the family’s large home in the 4S Ranch area in May, she was told to start work at 6 a.m. All day she cooked and cleaned, not stopping until 10:30 p.m. or later. When the young son of the banker and his wife was not in school, she also cared for him.

As the months wore on, she began to question her circumstances. But the banker refused to pay her more, or adhere to the terms she’d signed. On the night of Aug. 5, the banker finally offered to fly her back to Hong Kong if she wanted.

She didn’t know what to do, but she said she knew what was happening to her wasn’t right. She re-read the consulate pamphlet in her room. “I chose to run,” she said.

When she ran away she flagged down a car and asked them to take her to the police. At the station, she asked the officer to call the trafficking hotline number printed on her pamphlet from the U.S. Consulate.

After that phone call, Marisa Ugarte from the Bilateral Safety Corridor Coalition, a non-profit that helps trafficking victims, came to pick her up.

A month after escaping, two tragedies struck. The woman’s husband died from a stroke in Indonesia and she was diagnosed with breast cancer. She has since has surgery and radiation, though she is still recovering.

Ugarte says they considered pressing charges against the banker to recover lost wages, but the Department of Labor said the amount she is owed — around $8,000 — is too small for a case and that there are more severe cases that needed to be addressed before hers. They also fear going up a rich man’s lawyer in small claims court.

Getting her a visa to stay in the US has been challenging. She doubts that she would qualify for U-visa (for victims of crimes who suffer mentally or physically and help law enforcement investigate criminal activity) or a T-visa (for human trafficking victims to temporarily stay in the U.S. to help collaborate with law enforcement).

Now she says she just wants to be able to return to Indonesia and be with her three children. She’s been in touch with the International Organization for Migration to help her find a job back in Indonesia, but in the meantime she’s started a GoFundMe page to collect enough money for a plane ticket home.