'Our Fight is a Just Fight': Mauritania's Slave Descendants Campaign for Equality - FreedomUnited.org
This website uses cookies to improve your experience. We'll assume you're ok with this, but you can opt-out if you wish.Accept Read More
Skip to content
Back to Global News 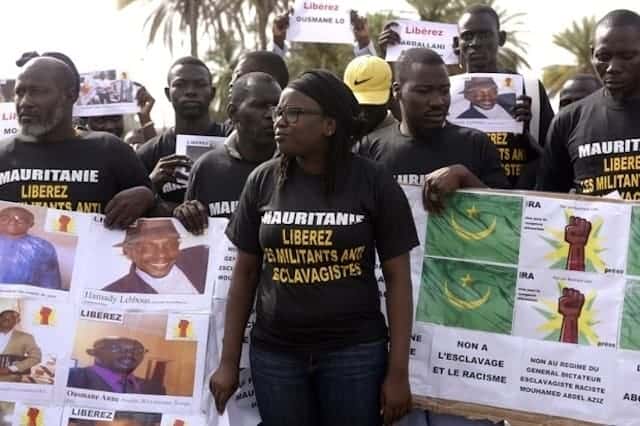 'Our Fight is a Just Fight': Mauritania's Slave Descendants Campaign for Equality

Activists in Mauritania are campaigning for equal rights and inclusion of the Haratine — the descendants of slaves in the Northwest African country.

The new campaign, Ana Hartani Mani Barrani (“I am Haratine, not a Stranger”) was launched last weekend in Nouakchott, the country’s capital.

Boubacar Messaoud from abolitionist group SOS-Esclaves believes “Our fight is a just fight,” as the campaign seeks justice and equality for marginalized Haratine citizens.

Mauritania was the last country on earth to officially outlaw slavery in 1981, and the Haratine constituted the majority of the slave class for generations. Many Haratine were born into slavery, forced to work for their light-skinned Arab-Berber “masters” as domestic workers or animal herders in the desert.

In fact, many Haratine are still subjected to this exploitation; conservative estimates put the number of people still living in slavery at 43,000. That’s 1% of the entire country’s population.

The Middle East Eye explains that slavery in Mauritania has always been drawn along ethnic lines:

Today, the term Haratine is used to describe former slaves and the descendants of slaves. Members of the community are generally darker-skinned than other Mauritanians, but speak the same dialect of Arabic, known as hassaniya.

The country’s Arab-Berbers, also known as Bidhan, or White Moors, were typically the slave owners. Historically, they have held most positions of power in politics, economics and other spheres of influence in Mauritania.

Many Haratine are not formally registered as citizens since they were tied to their slave masters and never registered at birth. Without a national identity card in some cases, they cannot enrol their children in school.

Responding to continued discrimination against the Haratine, the campaign pushes for political, economic, and social equality, reminding people that all Mauritanians deserve to be treated equally.

Mohamed Ali Ould Bilal, a Haratine activist and director of the Teranim Centre for the Arts, said “The day we’ll say, ‘I am a Mauritanian citizen.’ That is my dream.”

“I’m also dreaming for a Mauritania that will be just and in which we will all be equal, without a first or second-class [of citizens].”