Do You Care About Child Trafficking? Stop Using These Terms - FreedomUnited.org
This website uses cookies to improve your experience. We'll assume you're ok with this, but you can opt-out if you wish.Accept Read More
Skip to content
Back to Global News 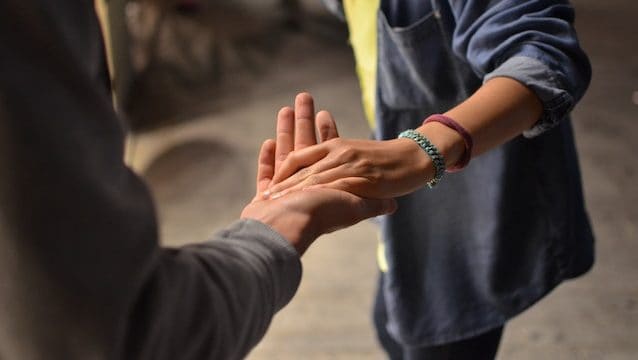 Do You Care About Child Trafficking? Stop Using These Terms

Nearly everyone agrees that children who have been trafficked for sexual exploitation deserve to be treated with care and respect.

What you may not know is that many commonly used terms to describe people affected by modern slavery are problematic. In recent years there has been a push for the media, law enforcement, and advocates to use terms such as “survivor” rather than “slave” — thus allowing individuals to not be boxed-in by a label tied to their exploitation.

Two years ago, an inter-agency working group of 18 international organizations, including ECPAT, UNICEF, Interpol, and Save the Children released a report known as the Luxembourg Guidelines. The report provides guidance on using terms that are less stigmatizing to children who have been trafficked.

As on of the lead authors, Dr. Susanna Greijer, explains, “We found legal instruments used to protect children were having a harmful effect on the victims, who felt stigmatized and ashamed by the way they were depicted in media, but also in our own reports as child protection professionals.”

CNN: What are, say, three terms you would consider harmful to these survivors of child sexual abuse?

Dr. Greijer: “So one, child pornography. There is no such thing as “child pornography.” We realized that when we add the term “child” with the term “pornography,” we come up with something that would somehow insinuate consent on behalf of the child to be part of a pornographic spectacle or performance.”

“So when we address what used to be called “child pornography,” we’re really talking about images that fit your registrations of crime scenes and of children being sexually abused. That’s what it is. So let’s call it for what it is. It’s images, or material, of sexual abuse of children. So I would say use the term, “child sexual abuse material.”

Dr. Greijer added that Interpol has also indicated that the term “child pornography” is outdated and harmful.

Furthermore, some laws around the world are beginning to use language such as “sexual exploitation of children” rather than “child prostitution” and “child pornography.”

Nice one. I must confess I had not thought of it along those lines before, but it makes perfect sense to me now. Children are minors without the ability to give consent, and all forms of exploitation against them should not be sugar-coated to sound nice. Call it what it is: Child sexual exploitation. Thank you.

Interesting facts. I hadn’t considered them before, but survivors and current victims of slavery need to be treated with even more care than regular children, in my opinion, and of course this is related to language. I just never thought this words would be harmful, yet it makes total sense. Thanks for bringing up the topic!

Very interesting and also valuable. We use so many terms and phrases without consciousness of possible impacts on others. Material like this at least causes us stop & reflect.

The new terms are an improvement, but hardly go far enough. Why “exploitation” and “abuse” instead of “rape”? So for “child pornography” instead maybe “child rape images/film”. For “child prostitution” & tourism instead “commercial child rape” & “commercial child rape tourism”. Not all child abuse meets the legal definition of rape, but focusing on the lowest common denominator of “abuse” is similar to terms like “molestation” that sound like the child only suffered an annoyance.

So important to change the words to make people realise what this all about ! Words are powerful !!!