Detained Surrogate: 'I Will Not Give Them the Baby' - FreedomUnited.org
This website uses cookies to improve your experience. We'll assume you're ok with this, but you can opt-out if you wish.Accept Read More
Skip to content
Back to Global News 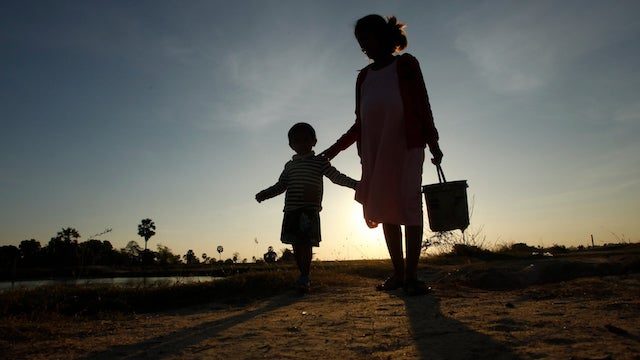 Detained Surrogate: 'I Will Not Give Them the Baby'

Thirty-three Cambodian surrogates were arrested back in June during a raid on an illegal surrogacy ring. In the aftermath, a Chinese national and four Cambodian women were charged under Cambodia’s anti-trafficking law.

Although the Cambodian health ministry banned commercial pregnancy in 2016, the surrogacy industry continues to operate in the shadows. In particular, since China has scrapped its one-child policy, many Chinese couples have looked for surrogates in Cambodia.

Now, three months later, these surrogates —and their newborns — are effectively prisoners in a hospital on the outskirts of Phnom Penh.

At the heart of the case: are these surrogates victims or criminals? And who gets to raise the children?

“I will not give them the baby. I will raise him myself,” Malis, a new mother, says. “When I saw him, I loved him already.”

Initially, 32 of the women were placed in the care of the Christian anti-trafficking NGO Agape International Missions. Weeks later, the surrogates were arrested and charged with human trafficking.

Now, Malis faces the prospect of raising a child she was paid to deliver – an agreement she entered into because she is impoverished and in debt. Giving up the child could mean up to 20 years in prison, she fears.

The question now is whether the boy belongs to her or the wealthy Chinese parent who is genetically linked to him. “It’s very hard for me. It’s painful for me to think about,” Malis says, wiping at tears.

“I didn’t know it was illegal,” she says. “Before, the authorities just considered us as victims, but now they charge us.”

According to anti-trafficking official Chou Bun Eng, there are at least nine children, including a set of twins, that have already been born to these detained Cambodian surrogates.

Sam Everingham of Families Through Surrogacy, an NGO that supports surrogacy, says this case is tragic for both parties.

“It must be a devastating time for these Chinese intended parents, particularly given they might have no chance to meet their own biological children,” said Everingham.

But “Charging surrogates is an extraordinary approach, particularly where these women may be illiterate and have no understanding of recently introduced laws.”

Chou Bun Eng doesn’t buy that these surrogates didn’t know it was illegal, pointing out that there has been warnings on illegal surrogacy shared on Cambodian TV and other media.

“We try to take care of the mother because we want to protect the victim in the womb. The mothers are not the victims,” she says.