New California Laws Engage Hotel, Transit Workers - FreedomUnited.org
This website uses cookies to improve your experience. We'll assume you're ok with this, but you can opt-out if you wish.Accept Read More
Skip to content
Back to Global News 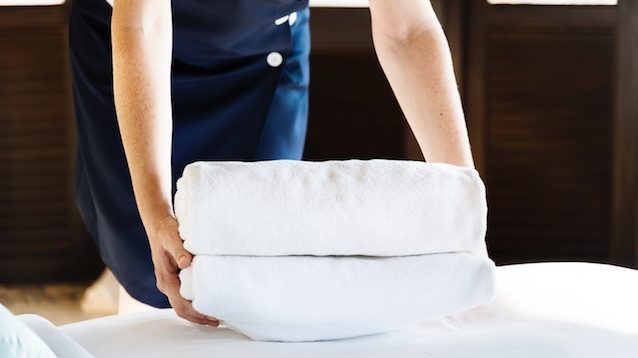 Two new laws in California will require workers in the hotel and transit industries to undergo training to identify potential victims of human trafficking.

California receives more reports of human trafficking than any other US state, and it hoped that this new legislation will make a dent in the crime. Last year California tallied 1,305 reported cases of trafficking.

The two bills signed into law by California Gov. Jerry Brown will go into effect on Jan. 1, 2019, with training to be complete by 2020 for hotel and motel workers and by 2021 for transit workers.

One of the bills, introduced by Assembly Member Ash Kalra, a Democrat whose district includes parts of San Jose in Northern California, requires transit employees to undergo at least 20 minutes of human trafficking awareness training.

Another measure introduced by state Sen. Toni Atkins, the president pro tempore of the state Senate and a Democrat whose district includes parts of San Diego County, amends existing state law by requiring hotel and motel employers to provide workers with the same type of training.

Ruth Silver-Taube, supervising attorney of the Workers’ Rights Clinic at the Katharine & George Alexander Community Law Center, a group that supported Kalra’s bill, said in an email that both laws are expected to result in increased identification of trafficking survivors.

Kalra added that the new laws are especially important since communities of color, including Asian Pacific Islander women and children, account for at least three quarters of reported victims of sex trafficking.

A 2017 report from anti-trafficking non-profit Polaris confirms this; while only 35% of trafficking victims disclosed their race, Asians and Latinos were the top two groups represented.

Silver-Taube said that Kalra’s and Atkins’ bills would help vulnerable immigrants as recent migration is the top risk factor for human trafficking according to Polaris.

“Ensuring that transit workers and hotel workers who regularly interact with this population have the knowledge and awareness to identify and report human trafficking will help these immigrants escape from servitude,” she said.