Crack Down on Rogue Fishing Vessels to Fight Trafficking -
This website uses cookies to improve your experience. We'll assume you're ok with this, but you can opt-out if you wish.Accept Read More
Skip to content
Back to Global News 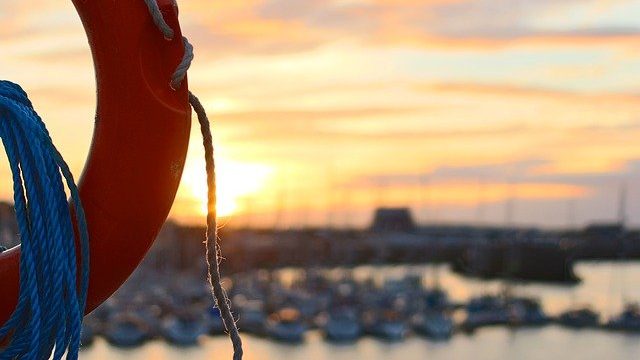 Crack Down on Rogue Fishing Vessels to Fight Trafficking

The UN is calling on top fishing nations in Southeast Asia to step up the fight against illegal, unreported and unregulated (IUU) fishing. The call comes as Thai activist Patima Tungpuchayakul warns that Thai vessels are being registered overseas to bypass Thailand’s new fishing industry regulations.

Unlike Thai vessels, foreign ships are not required to undergo checks by officials when they enter or leave ports in Thailand.

“Nowadays there are many Burmese vessels unloading fish in Thailand, when three or four years ago they didn’t even exist,” Ms Tungpuchayakul told the Thomson Reuters Foundation.

“If we [Southeast Asian countries] want to cooperate in anti-human trafficking efforts, we need to have similar laws,” she said, adding that some vessels were choosing to fish further away from Thailand in order to avoid the risk of being punished.

Ms Tungpuchayakul, 44, co-founded the Labour Rights Promotion Network Foundation – a Thai campaign group that helps migrant workers – and was nominated for the 2017 Nobel Peace Prize for her work supporting thousands of victims of human trafficking.

Thailand in April amended its anti-trafficking legislation to add “forced labour or service” as an offence, and last month issued a new law to address exploitation in the fishing sector.

The country has eliminated recruitment fees paid by workers, prohibited the practice of withholding identity documents and banned the use of underage workers, but labour rights campaigners say the reforms are not adequate and abuses persist.

The Environment Justice Foundation (EJF) recently published a new report which found the migrant workers were still being exploited in the fishing industry as they did not fully understand their rights and were trapped by debt bondage by fees paid to labor brokers.

An advisor to Thailand’s Department of Fisheries, Thanaporn Sriyakul, did not dispute these findings, saying labor exploitation was possible on the approximately 4,000 small-scale fishing boats that are not required to undergo checks by the government. Thailand has around 10,500 registered commercial vessels in total.

“For the rest, I am confident that there is no rights violation because they are checked every time they leave the port to go fishing,” he said, referring to the 6,000 larger vessels.