Megachurch Leader Arrested for Human Trafficking and Child Rape -
This website uses cookies to improve your experience. We'll assume you're ok with this, but you can opt-out if you wish.Accept Read More
Skip to content
Back to Global News 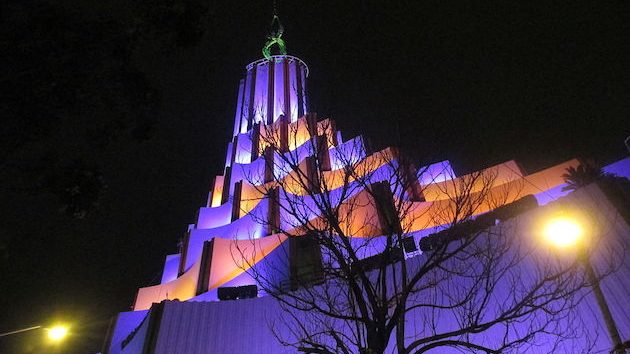 Joaquín García, the leader of La Luz del Mundo, a church based in Mexico with branches the U.S. and over 1 million followers, has been arrested in Los Angeles on charges of human trafficking and child rape.

California Attorney General Xavier Becerra’s office said García was arrested along with one follower of the church, Susana Medina Oaxaca.

Garcia faces 26 counts of felony charges, including human trafficking, production of child pornography, and forcible rape of a minor. The charges were brought following an investigation into a case involving three girls and one woman between 2015 and 2018 in Los Angeles County.

The fundamentalist Christian church, whose name translates to The Light of the World, was founded in 1926 by García’s grandfather. It has been the subject of child sex abuse allegations for years but authorities in Mexico have never filed criminal charges.

It has more than 15,000 churches in 58 countries, according to its website. The church’s followers must adhere to a strict moral code in exchange for the promise of eternal salvation.

García — who was a minister in Los Angeles and other parts of Southern California before becoming the church’s leader — coerced the victims into performing sex acts by telling them that refusing would be going against God, authorities said.

He allegedly forced the victims, who were members of the church, to sexually touch themselves and each other. One of his co-defendants also allegedly took nude photographs of the victims and sent the pictures to García.

“Crimes like those alleged in this complaint have no place in our society. Period,” said California Attorney General Xavier Becerra. “We must not turn a blind eye to sexual violence and trafficking in our state.”

David Correa, a spokesperson for the church, has refuted all charges against its leader. “We categorically deny those false accusations,” he said. “We know him personally and he is an honorable and honest man.”

Following Garcia’s arrest, on Tuesday night around 1,000 of the church’s followers gathered at the headquarters of La Luz del Mundo in Guadalajara, Jalisco. He is being held on $25 million bail in Los Angeles.

In my eyes, – the 3 most criminal organisations on erarth : the catolic church, – prohibiding the priests to marry,- but protecting them when they rape children! Number 2: All Banks ! -( money, money, money, must be funny, in a rich man’s world..)
Number 3: The pharmacy industry, – keeping us ill to earn money! –see point 2 !
So sad! We need a new dictionary, – including a couple of old words, like ” moral, honesty, pride, etc…. It seems theese words do not exist anymore…….

I don’t get the need to write such a superficial comment under this kind of appalling news… Just one question: “Moral Honesty Pride and so on…”… when and where did they exist? In the Golden Age of the Golden Land?

A person who rapes children should be either immediately executed or jailed for the remainder of their lives. They cannot and will not be changed and should never again be allowed in a free society, to harm others, which he or she will inevitably do. Churches or religious sects that allow this in their churches are using the title or ‘church’ or institution to further their perverted sexual desires in the name of whatever god they worship and using it to force people to their perverted will.

Besides holding this pig to task, what about the Mexican government’s apathy and corruption when they did nothing to stop this horrific crime? What’s wrong with them? They are as responsible when they knew about it for awhile. Shame on them. But they overlook a lot of things like that on the border, the killing and rape of women. 🙁

I guess for the same reason we don’t impeach criminal Presidents.

Damiana…This is happening throughout the United States, what’s wrong with us?

Well at least our government is responding, is what my point was. Based on their article the Mexican government did nothing. LIterally they did nothing. That’s a whole lot less than the U.S. is doing.
But to answer your pointed question, lots. A lot is wrong with us but at least we’re trying. People are trying here and finally waking up to this scourge of sexual slavery and abuse. Finally….

Beware anyone who presents themselves as morally superior and without fault. Because that’s not human nature and they ARE hiding something and probably bad, bad things. Humility is usually a good sign that someone is an actual good person. Not 100% but I trust them more than the “holier than thou” crowd. We’ll see if he gets put in jail, or gets out on bail and runs like the pig he is.

Even those with an outward appearance of high morals and conduct can be guilty of abhorrent acts such as those allegedly committed by Garcia in this case.