Corker Priority, Campaign to Stop Slavery - FreedomUnited.org
This website uses cookies to improve your experience. We'll assume you're ok with this, but you can opt-out if you wish.Accept Read More
Skip to content
Back to Global News 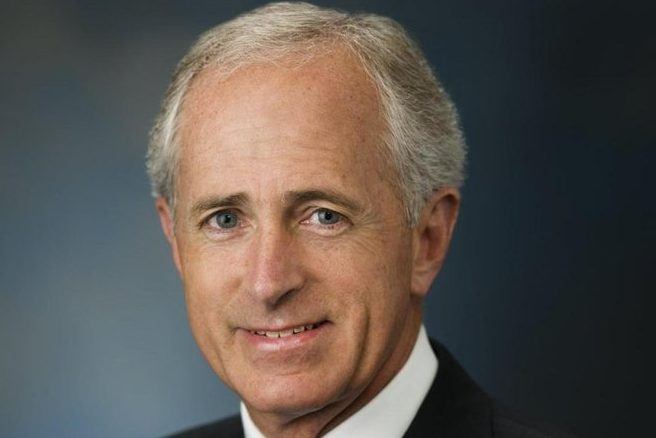 U.S. Senator Bob Corker was shocked by the stories told by young girls and women during a trip to Manila. Now one of his top priorities as chairman of the Senate Foreign Relations Committee is a global campaign to fight modern slavery…

One story was by a teenage girl about 15 who remembers a a man coming to her village in the Philippines. He wanted to take her and her little sister to see Manila. He promised that they’d be back by evening.  They were forced to work in a brothel in Malaysia.

Another woman had a dream of becoming a singer. An agent told her he had connections in the entertainment business in Singapore.  She too was forced to work in the sex business.

Corker returned from that meeting in the fall of 2014 deeply touched by the women’s stories and committed to helping other victims of human trafficking.  Six months later, the Chattanooga Republican launched what has become one of his top priorities as chairman of the Senate Foreign Relations Committee: a global campaign to fight modern slavery. The primary vehicle for Corker’s initiative is the End Modern Slavery Act, bipartisan legislation he’s sponsoring with Democratic Sen. Robert Menendez of New Jersey.

The bill will establish a nonprofit foundation to combat slavery worldwide.  It will set up a $1.5 billion international fund to give grants to programs outside the U.S. that work to assist victims of modern slavery.  It will improve the enforcement of laws that punish people and companies guilty of human trafficking.

The goal: Reduce slavery by 50 percent in targeted populations within seven years. Programs that failed to achieve that benchmark would be suspended or terminated.

He has the U.S. funding and is close to securing commitments for the rest.  The plan is for the U.S. to put up about $250 million.  Another $500 million would come from foreign nations.  And the foundation would need to raise $750 million more from the private sector.

To read the entire original article by Michael Collins of the Knoxville News Sentinel, click on the link below.