British Activist Faces Jail Threat - FreedomUnited.org
This website uses cookies to improve your experience. We'll assume you're ok with this, but you can opt-out if you wish.Accept Read More
Skip to content
Back to Global News 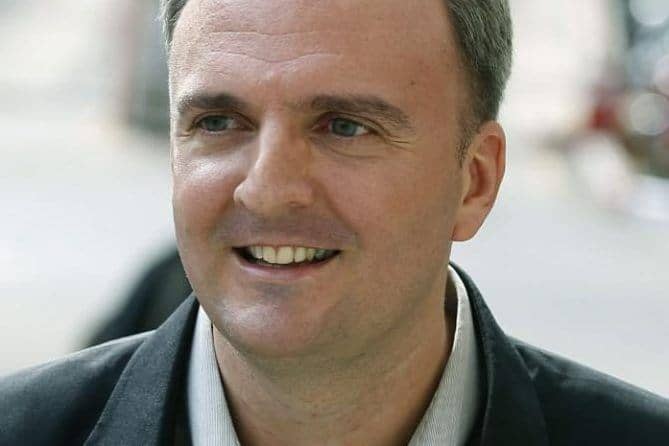 Andy Hall is a prominent British activist who is on trial in Thailand.  He faces charges that could send him to jail for up to seven years…

The courts in Bangkok have pursued him since 2013, because of a number of cases brought by Natural Fruit Company, a pineapple company, supplying European and US markets.  Hall has exposed the company’s labor abuses.

Hall, a lawyer, has lived in the kingdom for over a decade and is considered Thailand’s most prominent activist, fighting for the rights of migrant workers in the seafood and agricultural industries.

He said as he headed to court, “I’m very disappointed this case has been allowed to reach trial. It reflects badly on Thailand that I’m being pursued through the courts for just conducting research, though I also remain confident that I will be cleared.”

His parents are retired and living in Spalding, Lincs.  “My mother sent me a message this morning sending their love and support. But they understand why I am here and said they were very proud of what I do.”

Mr Hall has also gained prominence as a strong campaigner for the two Burmese migrant workers convicted of the British backpacker murders on Koh Tao on the basis of disputed DNA evidence. He has also previously worked with Aung San Suu Kyi, the then Burmese opposition leader, and lived in Burma. His work has earned him many admirers. Indeed, he noted that two Thai seafood industry associations had helped fund his bail as they backed his work to improve labour conditions.

But along the way, he has made enemies too.  One is the owner of the global fruit juice business.  Natural Fruit heads the Thai pineapple industry association and is the elder brother of a former Cabinet minister for labour.

That business has brought four criminal and civil cases against the British activist.  If convicted, it could mean extremely high damage awards and years in jail.  The most serious case – charges of criminal defamation and computer crimes for allegedly uploading the information online – has now reached court. Mr Hall denies any wrongdoing.

He works as a freelance researcher for Finnwatch and investigates working conditions and abuses of migrant workers.

Cheap Has a High Price is the report that was  published in 2012.  It highlighted abuse, low pay, and discrimination.

Within a very short time, the pineapple company lodged defamation cases, claiming the company lost customers due to the “false information”.

Mr. Hall says, “The computer crimes charges are ridiculous as the allegation is that I uploaded the information onto the Internet, when all I did was supply research to Finnwatch who wrote and published the report. As for the defamation cases, I stand by my research. I’ve been working on migrant workers issues here for 10 years and haven’t got any money anyway.”

Phil Robertson, deputy Asia director for Human Rights Watch says, “These bogus charges are all about trying to intimidate an independent researcher, all with the blessings of Thai prosecutors who should have known better and steered clear. This is pure and simple judicial harassment that should send a chill up the spine of international companies sourcing from Thailand who are concerned about possible abuses in their supply chains.”

To read the entire article about British activist, Andy Hall, click on the link below.