If Sex Trafficking Takes Your Child - FreedomUnited.org
Skip to content
Back to Global News 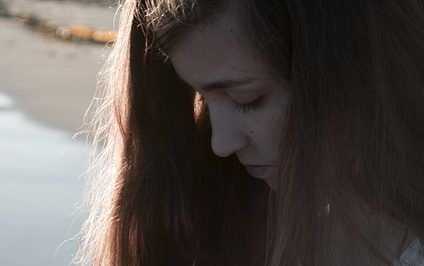 If Sex Trafficking Takes Your Child

What if sex trafficking takes your child?  For some, sex trafficking is too much of a reality.  Amber was a bright 12-year-old when she was taken off the street of Oakland by a trafficker.  Her mother and her sister have been searching for her ever since…

There are thousands of children taken as victims every year in the U.S.  Her mom says, “I still don’t know where my baby is. She’s still missing, and I’m very afraid.”

The Alameda County District Attorney Nancy O’Malley says stories like Amber’s is all to common. “It’s the largest criminal enterprise in the world, billions of dollars.”

Kevin Wiley is a retired police officer who served with Oakland’s Child Trafficking Unit for 15 years. He is familiar with the stats and has profiled the patterns of pimps. “There’s the Romeo Pimp: the boyfriend/girlfriend, ‘I love you, I’ll take care of you,’ or what we call the Guerilla Pimp where these girls are physically snatched off the street, kidnapped, beaten down, raped, taken to a trap house or something.”

Once a pimp has a young girl, experts tell us she is typically raped 10 to 20 times a day. It takes 2 to 3 days for a girl coming from some level of normalcy before they’re actually conditioned to be a piece of property, to be sold by someone else for sex. Once conditioned, the girls are trafficked nationwide on what Wiley calls the circuit. That’s a cluster of cities where sex trafficking thrives: Richmond, Oakland, Los Angeles, Phoenix, Atlanta.

The child’s pimp takes control of the girl’s money and watches her every move.  Breaking the bond between them is extremely hard.

Just last month, Amber was rescued.  She returned home but ran away again soon after.  She likely went back to her trafficker.

According to Wiley, it takes intensive help over a long period in a safe environment, a place away from their oppressors.  They can get their lives together, get education, get tattoo removal, get mental health services and start feeling the worth that they truly are, something they haven’t felt in a really long time.

District Attorney O’Malley is working to improve the chances of success, but it is difficult.  “There just aren’t houses or safe places for our people to be after they’ve been separated or rescued away from their trafficker.”

To read this article regading, “If sex trafficking takes your child” click on the link below

Child Sex Trafficking: How To Fight It, How To Stop It