Class-action lawsuit over forced labor at Oklahoma chicken plants advances - FreedomUnited.org
This website uses cookies to improve your experience. We'll assume you're ok with this, but you can opt-out if you wish.Accept Read More
Skip to content
Back to Global News 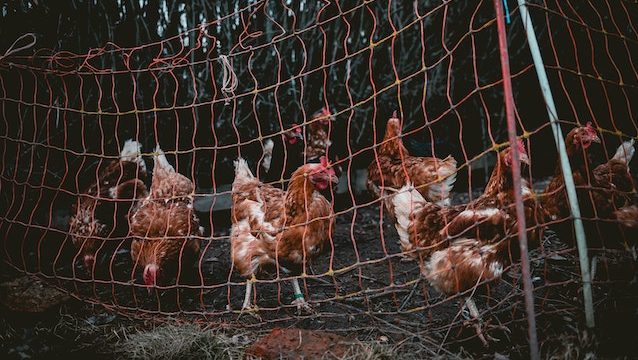 A judge in Oklahoma has ruled that a class-action forced labor lawsuit against Christian Alcoholics & Addicts in Recovery (C.A.A.I.R) and Simmons Food Inc. can proceed.

The three men who initially brought the suit in 2017 claim they were forced to work under threats of being sent to prison if their work at a chicken processing plant was deemed unsatisfactory.

C.A.A.I.R is a program that state drug courts have in place to send men to slaughter chickens instead of going to jail, as well as offer them rehab services. Yet the plaintiffs say they were forced to work for free for more than 40 hours a week at the chicken processing plant and received none of the promised rehabilitation or treatment services.

Even in cases where the men were injured on the job, C.A.A.I.R took all of their compensation payments.

Participants, while processing chickens for Simmons, were under “constant threat of incarceration” if their work was deemed unsatisfactory or if they were unable to work due to injuries, according to court filings. Arkansas-based Simmons Foods, a company with annual revenues of about $1.4 billion, contracted with CAAIR to purchase cheap labor in exchange for donations and/or payments at a discounted rate.

In an opinion and order issued earlier this month, U.S. District Judge Terence Kern ruled the majority of the claims in the case should move forward in the court process and rejected Simmons’ motion to throw out the case against it.

The men alleged CAAIR and Simmons violated state and federal labor laws that require employers to pay minimum wage and overtime for their work. Simmons, in court filings, has maintained program participants were not employed by the company.

However, the judge found, participants could have been considered employees under the federal Fair Labor Standards Act.

“For example, Plaintiffs’ allegations that Simmons threatened them with prison if their work was unsatisfactory, or if they were unable to work, suggest that Simmons had the power to hire and fire Plaintiffs,” wrote Judge Kern.

Crucially, the judge also found that these men should not be considered “prisoners” as Simmons had argued.

“While Plaintiffs, who are in the rehabilitative custody of C.A.A.I.R., bear some similarities to incarcerated prisoners, they are not actually incarcerated,” added Judge Kern.

“Simmons’s conduct went beyond the normal course of business, as they entered into a contract with C.A.A.I.R. to receive labor at below-market rates…It also appears that Simmons executed C.A.A.I.R’s policy of issuing threats of prison.”

The plaintiffs are seeking damages in excess of $5 million, including minimum wage and overtime pay for people who work at the plant either presently or who have worked there within the last three years, as well as statutory penalties, economic damages, and compensatory and punitive damages.