After decades of slavery in California, Filipina tastes freedom at 82 - FreedomUnited.org
This website uses cookies to improve your experience. We'll assume you're ok with this, but you can opt-out if you wish.Accept Read More
Skip to content
Back to Global News 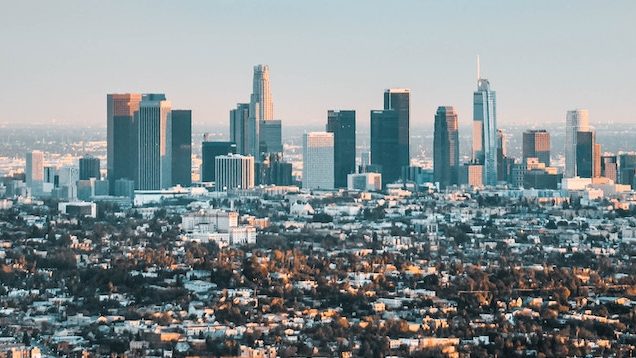 After decades of slavery in California, Filipina tastes freedom at 82

Nanay Fedelina was enslaved for 37 years in southern California, made to work for free for generations of a family that kept her as a domestic slave. Now 82-years-old, she is finally free.

Fedelina hails from Tacloban, Leyte in the Philippines, and she initially came to the US on a tourist visa in 1981. Yet she was then trafficked into domestic slavery, forced to work for free for a family for decades. Her employer confiscated her passport, making it difficult for her to flee.

Authorities became aware of Fedelina’s case when she suddenly collapsed at a hospital when she was caring for her employer. Concerned hospital staff contacted the FBI, which found that she was a victim of human trafficking and had fainted because she had not been given food to eat for two days.

Fortunately, with the help of an organization called the Pilipino Workers Center (PWC), the FBI rescued Fedelina from her employer’s home in 2018, helping her find a home care facility to stay in Los Angeles that would cover her daily needs.

But the elderly woman had no intention of sending her employer to prison, even as this person deprived her of freedom for so many years.

In fact, the 82-year-old did not want to file charges against her employer’s daughter or any member of any family she served, Cruz said.

The elderly employer ended up facing probation in an assisted living facility and paid Fedelina $101,000 in restitution.

Her case has prompted the Philippine consulate to coordinate more closely with officials and Filipino-American organizations on how to identify, rescue, and protect human trafficking victims.

“I would just like to warn our kababayans not to blindly believe in promises especially if it’s too good and, should they wish to seek employment abroad, make sure that they go through the Philippine Overseas Employment Administration so they become documented workers.”

Cruz added that the Philippine consulate had never seen a case of modern slavery as “grave” as Fedelina’s.

“Being made a slave for 37 years, that’s a lifetime already,” said Cruz.

“For us, this is one very emotional case because, at this day and age, especially here in the United States, you wouldn’t even think that there would be people who would do this.”

The victim should not have been able to minimize the perp’s sentence, any more than a beaten wife could not halt the prosecution of her abusive husband. Nowadays, it is recognized that the victims do not have free will, due to the pervasive abuse, so they are not consulted in arresting the perps.

I don’t believe she considered herself a “victim” – quite the opposite, she considered herself “part of a family” in a twisted way. Stockholm Syndrome can explain part of this. The other part, the culture where Fidelina came from explains her attitude towards her former employer – that’s what they are to her, employer, bad one as it might be, but not abuser.

But she was not paid for 37 years, for Christ’s sake.

As reprehensibly abhorrent as Nanay Fedelina’s story is; the fact Nanay chose not to press applicable enslavement charges on this family also strongly implies she a): became not only dependant on her
” employer’s family ” b): but became greatly loved by the generations she cared/worked for. Nanay proves herself a most forgiving lady of tremendously admirable character. $101,000 restitution was pitiful compared to 37 yrs a slave. Enough for a comfy retirement would have been more appropriate.

So ‘greatly loved’ that they kept her without food for two days?

I included ” greatly loved ” as a reference term due to the obvious fact she had devotedly cared for all the children under her influence over many years. However! I do not condone a single wit of any mistreatment she endured all those years. The generations of ” The Family ” should’ve had enough nouse to conduct themselves in an entirely honorable manner towards Nanay; always! Either they were so full of their own nauseous hubris or moronically stupid they deliberately took advantage.

How come she didn’t go to the Police to report her employer? I guess she didn’t wanna go back to the Philippines.

Riccardo; I’m married to a Filipina for 21 yrs now. There are millions of young Filipina women, commonly from outlying rural areas who through no fault of their own are illiterate, despite English being used daily in the Philippines; & so are easy peasy pie vulnerable to vultures to enslave them with patently false promises. In another country that is foreign to them & not knowing which way or whom to turn to for assistance? So they stay because ” they know ” Street-Life; Back Home!

Even admitting that it’s not their fault for being illiterate and that’s disputable, it’s not our fault either that they are so why should we pay the price for them to be kept in our countries?

She doesn’t owe the US anything because she was kept captive against her own will. However the US doesn’t owe anything either so she should just leave the country now that she’s been released. The fact that people are brought in the US as slaves or become slaves after arriving doesn’t grant them any right whatsoever to stay in the US for the rest of their lives.
The family who enslaved her owes her millions.
However in this case since she’s of old age, I would exercise discretion.

Ricardo, you do remember our history of African slavery and how that played out, yes? There is also such a thing as a T-visa so those who are trafficked can in fact become legal citizens.

I’m against letting trafficked people become legal citizens. We need to prioritise the current citizens instead of new ones.

If she was kept against her will by U.S Citizen, then the U.S OWES her the last 37 years of her life, because the U.S supposed to have policed its own citizen and prevent this crime of enslavement.

Nanook, while I agree this was a horrible crime and the full extent of the law should be applied, the US doesn’t OWE Nanay Fedelina 37 years of her life. The country did not commit the crime, but the act was against human rights and the law so the government does have the responsibility to prosecute the criminals, protect the victim, and pursue justice.

I think is unfair to expect that the Police or other Governmental agencies should investigate cases which are not even reported from victims or other member of the public.
I also think that law abiding citizens shouldn’t be held responsible for their fellow citizens who instead choose to break the law so taxpayers shouldn’t pay for the crimes of dishonest citizens.
I doubt that there is any provision in US legislation that impose taxpayers to do that.

Think of it from a different standpoint– This woman was a working part of our society for 40 years, but pay was illegally witheld for her labor. If anything, the ’employers’ should be forced to backpay taxes (to satisfy your taxpayer requirement). Btw, it seems she is being cared for at a Filipino-American rest home. I suspect the FilAm owners are allowing Nanay Fedelina to stay for free while the legalities and logistics play out, out of the goodness of their hearts.

I couldn’t agree more. Her “employers” should pay all her arrears plus a substantial compensation for all the harm they caused to her although mitigated by the fact that she failed to report them.
However, under no circumstances, she should be allowed to stay in America.

Riccardo, firstly, if the servant concerned has spent nearly half her life, in fact more than half her adult life in America as a result of the actions of, I presume, American citizens and is likely to be culturally more American than Philipino then she should as a matter of compassion have a right to make the choice of determinming where she would now like to live.
In a perfect world, the dishonest citizens concerned should pay for their crimes but I’m afraid we have to pay for law inforcement