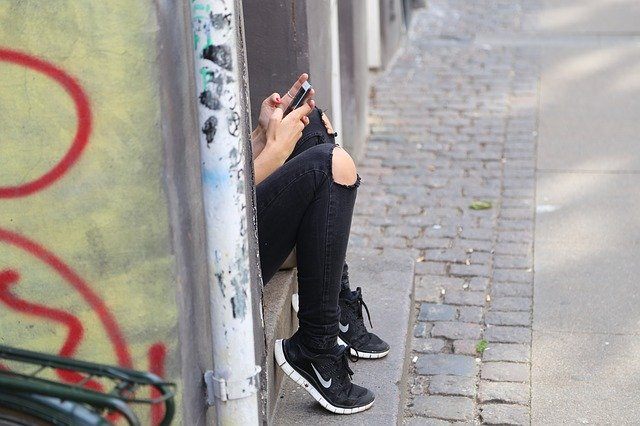 At just fifteen years old, Josh* was caught with cannabis and pockets full of cash. The police escorted him home but no referrals were made nor any support offered. Josh’s mother was unaware that he was quickly becoming trapped in the dark world of county lines drug dealing – the term given to the expansion of drug dealing from cities to other areas of the country.

According to the National Crime Agency, the number of child victims of modern slavery in the UK has increased by 807% since 2014, attributed in part to a rise in county lines drug dealing. Furthermore, the Children’s Commissioner says around 27,000 children in England identify as a gang member, yet only a small number of them are known to children’s services.

It is vital that the signs of exploitation are quickly noticed which can include young people carrying large amounts of cannabis or money. Young people groomed by gangs are most commonly given drugs like cannabis to sell at the beginning before being forced to sell heroin or crack under threat of violence and debts.

A lack of awareness means that signs of exploitation go unnoticed and children are left vulnerable to increasing abuse and manipulation from gang members. Without crucial support, many children leave school and become more heavily involved in, or witness to, violence. In many cases, their life is spent in and out of the criminal justice system and their prospects of a happy and successful future steadily diminish.

Sonya Jones, who works for the drug and alcohol charity Addaction, explained to The Guardian:

It’s also true that cannabis is the most commonly used drug among under 18s, with the majority using it for enjoyment. That’s why services must try to look for signs such as a young person suddenly having new expensive clothes, a second phone, regularly getting in trouble at school or becoming alienated. Once young people start selling class As, they may stay out all night and be prone to violent mood swings.

Organisations also need to increase awareness closer to home. Parents tell me they wished they’d known more about county lines so they could have better supported their children. Without understanding the signs of exploitation, they can’t take action

County lines can impact any child. Remaining blind to the signs of exploitation means support services and parents don’t see the grip it has on young people until it’s too late. As young people get older, the way people perceive them shifts from being victims of crime to perpetrators. As a society, we need to do more to recognise exploitation before the offer of support turns to punishment.

Josh was eventually referred to Addaction. He did not fully understand the danger he was in but, after months of counselling, he is rebuilding his life and is enrolled in an apprenticeship. This is a positive outcome for Josh but he is considered lucky. Signs indicating a child’s exploitation in county lines gangs go unnoticed in many cases and high numbers of children just like Josh are not given the support they need. Noticing the signs of exploitation early is crucial to ensure that young people are protected and able to access support services necessary to help them rebuild their lives.