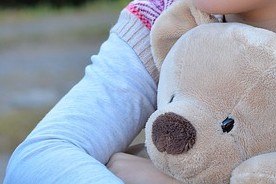 This article, the last of a series, is about child sex trafficking and efforts to help children recover.  It is intended to raise awareness of child trafficking…

The author shines light on the importance of restoring the lives of child victims.  She also writes about the work of a group called Saving Innocence, which is led by Kim Biddle. Saving Innocence’s goal is to rescue and restore child victims of sex trafficking through strategic partnerships with local law enforcement, social service providers, and schools, while mobilizing communities to prevent abuse and increase neighborhood safety.

After being rescued, specialists say that the first 72 hours are critical, because these children have been through the unthinkable.  The author tells the real life story of a 14-year-old girl.  She was spotted in a hotel with a man, and someone thought it looked suspicious.  That Good Samaritan reported it, and within a short time, the police were breaking into a room to find the girl being abducted. Immediately, a protocol began that gave the young girl a way out.  A call was made to Child Protective Services to report the abuse.  Then the hotline worker called a specially trained social worker from the Department of Children and Family Services. Also a crisis advocate from Saving Innocence was called.  It only takes 90 minutes for them to respond…and that’s 24/7.  The Saving Innocence advocate was responsible for the young child for the next 72 hours.

She is given a “Freedom Backpack” filled with things that are symbolic of childhood–comfortable, age-appropriate clothing, a teddy bear, and a coloring book with crayons. While the welfare worker checks to see if the child’s home living conditions and family life are acceptable, the advocate stays near the child, offering her love, friendship and tenderness.

To read this entire article about child sex trafficking, click on the link below.