Child Bride Attempts Suicide in Lebanon - FreedomUnited.org
This website uses cookies to improve your experience. We'll assume you're ok with this, but you can opt-out if you wish.Accept Read More
Skip to content
Back to Global News 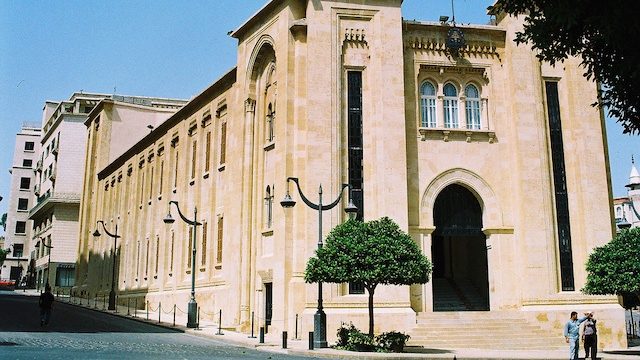 The parliament building in Beirut, Lebanon

The attempted suicide of a 16-year-old girl in Lebanon should send a clear signal to the country’s parliament: it’s time to finally pass a law to end child marriage.

Media reported that the girl jumped from the roof of her house after her husband — who is also her cousin — divorced her and “returned her” to her parents.

She was forced to marry him when she was 14, and after the divorce her parents barred her from leaving the house or going to school.

This child is one of thousands of young girls in Lebanon who are married before 18. Lebanon has no minimum age for marriage. Instead, religious courts set the age based on personal status laws, some of which allow girls younger than 15 to be married.

There is clear evidence on the lifelong harmful effects of child marriage on girls, which include poorer education and work prospects, increased risk of marital rape and domestic violence, and serious health problems due to early childbearing.

A draft law introduced in parliament in March 2017 would set the minimum age for marriage at 18 with no exceptions, consistent with international human rights standards. But progress on its passage has stalled.

More recently, Lebanon’s minister for human rights submitted a new draft that would set the marriage age at 18 but allow for a civil judge to approve marriages of 16 and 17-year-olds. Furthermore, this legislation would bar religious judges from marrying those under 18 without the permission of a civil judge.

While this draft law was approved by Lebanon’s Administration and Justice sub-committee in May, it has yet to be debated in parliament.

The attempted suicide of this 16-year-old child bride should make lawmakers realize that there is no time to waste.