US Trafficking Hotline Sees Spike from Texting - FreedomUnited.org
This website uses cookies to improve your experience. We'll assume you're ok with this, but you can opt-out if you wish.Accept Read More
Skip to content
Back to Global News 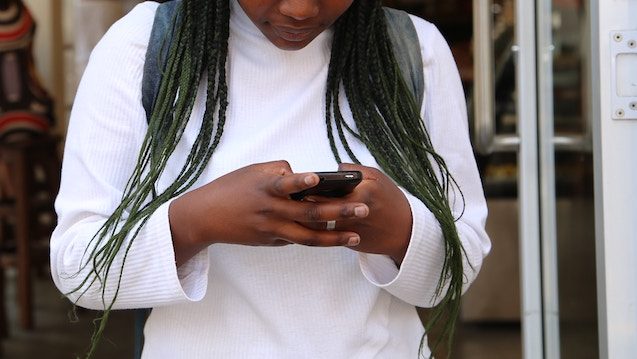 The addition of round-the-clock texting this year to the US National Trafficking Hotline has led to a sharp rise in the number of reported cases. DC anti-trafficking group Polaris operates the national hotline.

This does not mean that human trafficking is on the rise, or that prevalence of the crime is increasing, but rather that victims are finding it easier to seek help through texting.

“More and more people are knowing that there’s a resource available to them, and that they can get access to help,” said National Trafficking Hotline director Caroline Diemar. She expects the number of cases to hit 11,000 before year end.

The hotline added round-the clock texting this year, accounting for the increase, she said. The number of telephone calls was steady.

“We have seen texting to be a preferred method of communication for survivors,” she said.

Polaris does not provide public estimates of the number of potential human trafficking cases but says on its website that the number of cases it handles are “likely only a tiny fraction of the actual problem.”

The U.S. government said in a report this year that those most vulnerable to trafficking domestically include children in the welfare and court systems, runaways, American Indians, migrant and undocumented workers, people with disabilities and LGBT+ people.

Diemar explained the human trafficking is much like other hidden crimes in the United States.

“The more that it is spoken about and the more awareness that is brought to it, more and more cases are going to come to light,” she said.

From January through September of this year the national trafficking hotline received 8,700 reported cases — and increase of 1,700 compared to that same period in 2017.

The hotline will release its final 2018 report in the spring.