Can Myanmar's Libraries Combat Human Trafficking? - FreedomUnited.org
This website uses cookies to improve your experience. We'll assume you're ok with this, but you can opt-out if you wish.Accept Read More
Skip to content
Back to Global News 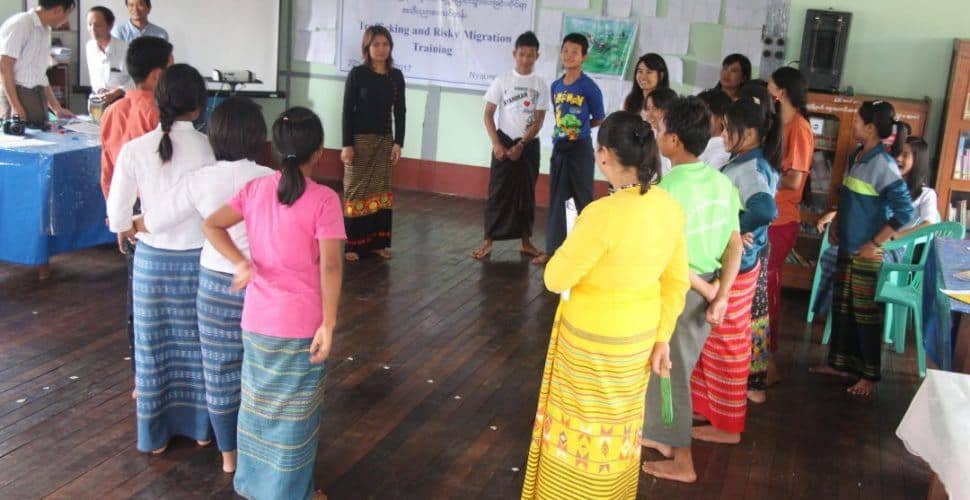 Last year the US State Department upgraded Myanmar to the Tier 2 Watchlist, indicating that the government was taking some kind of action against human trafficking.

Still, Myanmar has a major issue with under-reporting cases, both domestically and abroad. In 2017 Anti-Trafficking in Persons division only reported 225 human trafficking cases involving 360 victims. Of the 242 women who were trafficked, half were victims of forced marriage to foreign men, while the rest were cases of forced labor in places including Thailand and Malaysia.

One of the underlying issues is the lack of public awareness about the issue, especially education done at the community level.

But as the Asia Foundation explains, Myanmar’s libraries may be the key to that source of education:

Since 2016, The Asia Foundation, in partnership with the Myanmar Library Association (MLA), has implemented a pilot project leveraging the country’s libraries to raise awareness about human trafficking. The main goal is to empower at-risk, vulnerable young people with a comprehensive package of knowledge and skills to decrease their risk of being trafficked and enable youth to make informed decisions about labor migration.

Myanmar’s libraries have historically served as both community centers and information hubs. Their importance was heightened after Myanmar began its democratic transition after five decades of authoritarian military rule. Libraries across the country were revived, which has as a result significantly increased citizens’ access to information.

Since the program began, we have provided training to 39 librarians in 10 townships across Myanmar, including educational units on both “Human Trafficking and Risky Migration” and “Personal Development,” a comprehensive curriculum that builds life skills and self-confidence to help reduce vulnerability to trafficking, violence, and exploitation.

By the end of 2017, the Asia Foundation says over 500 youth had partaken in trainings on human trafficking and safe migration. Notably, while many knew about forced marriage, few understood human trafficking for labor exploitation and were also unaware that people could be trafficked within Myanmar.

The Asia Foundation says it hopes to expand the program, especially considering that “libraries exist in every state and region and hold a trusted position within communities.”