'I Do Not Feel Free': Egypt's Migrant Domestic Workers - FreedomUnited.org
This website uses cookies to improve your experience. We'll assume you're ok with this, but you can opt-out if you wish.Accept Read More
Skip to content
Back to Global News 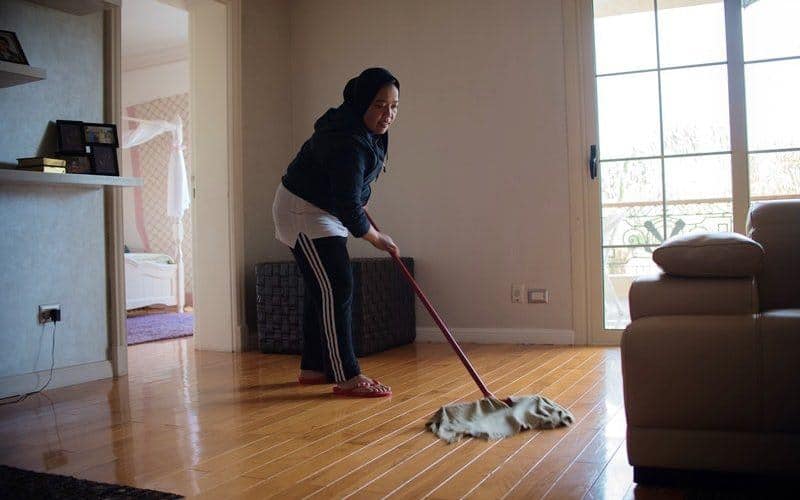 'I Do Not Feel Free': Egypt's Migrant Domestic Workers

They’ve heard the stories of abuse and they know that they will be working without permits in the country. So what drives migrant domestic workers from places like Indonesia and the Philippines to work in Egypt?

To help understand why, photojournalist Jihad Abaza documented the lives of three migrant women working for a family in Egypt.

Linda is one of the women. Originally from the Philippines, she decided to become a domestic worker after hearing from her friend who married an Egyptian man who had a recruitment agency. She was told that Filipino and Indonesian domestic workers are more highly valued in Egypt, earning around 5,000-6,000 Egyptian pounds ($650-$350) a month.

As News Deeply reports, these women’s economic needs outweighs the risk of abuse:

Recent cases of nannies and maids being mistreated, assaulted and even killed by their employers in the Middle East have shone a light on the often hidden and unregulated world of domestic workers. But the promise of a decent wage continues to draw young women from Asia and Africa to work in countries such as Saudi Arabia, Jordan and Egypt.

In many cases, the women are working illegally, which means they have little protection if they are abused by their employers.

Maysa Ayoub, the head of the Center for Migration and Refugee Studies at the American University in Cairo, says, “Immigration to Egypt is restricted to protect the local labor market from foreign competition.”

Obtaining work permits for migrant domestic workers is “close to impossible,” Ayoub says. As a result, most people who come from abroad to work as nannies, cooks and cleaners do not have work visas or official residency paperwork.

As they are excluded from Egypt’s labor laws, migrant domestic workers have no social, health, or legal protections.

Linda works with 2 other women — Maria, also from the Philippines, and Rose, from Indonesia — who work from 5AM until midnight every day for an Egyptian family. Their children think their parents “bought” the domestic workers.

Linda, Maria, and Rose have no days off and cannot go out unless they are accompanying the family somewhere.

Linda says she feels stuck and lonely, though she does care deeply about the family’s children.

“It’s like I am a bird and I am in a cage, you know?” she says. “The owners of the bird might be great. They might be taking care of it. But it’s still in a cage.”