Cameroon Busts Regional Child Trafficking Ring - FreedomUnited.org
This website uses cookies to improve your experience. We'll assume you're ok with this, but you can opt-out if you wish.Accept Read More
Skip to content
Back to Global News 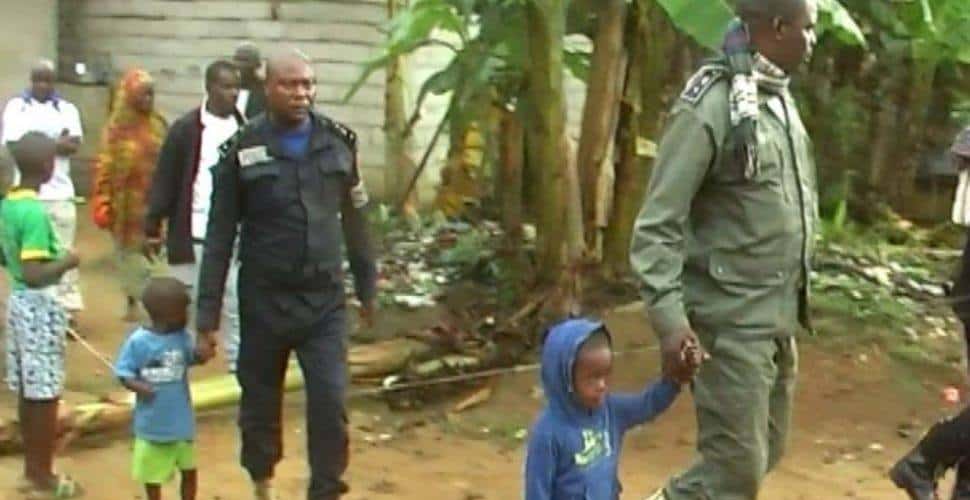 Cameroon says it has busted a major regional child trafficking ring that kidnapped children and trafficked them for sexual exploitation, forced labor, and forced begging. The trafficking network is believed to have extended into neighboring Gabon, Equatorial Guinea, and Chad.

It was the discovery of three dead children in the back of truck at a hotel owned by alleged traffickers in Cameroon’s southern town of Kiossi that broke the case.

Quetong Handerson Kongeh, the most senior Cameroon government official in the Ntem Valley administrative unit that includes Kiossi, says the inn was razed after a vehicle belonging to its owner was found with the three dead children who, as determined later, were aged two, four and seven years old.

Handerson Kongeh says 15 people suspected to be members of a network of child traffickers operating in Cameroon, Gabon and Equatorial Guinea were arrested when investigations were opened.

In 2016, the Yaounde-based Interpol office for central African states reported that thousands of children, alongside men and women, were forcibly abducted in Cameroon, Chad, Central African Republic, Gabon, Equatorial Guinea and the Republic of Congo to be used as combatants, cooks, guards, sex partners, servants, messengers, and spies.

Patricia Asta from the NGO Children’s Rights says that child kidnappings have increased in Central African states because childless couples and mothers will buy them from the black market. She added that they are trafficked for sexual exploitation or forced to work as pickpockets, beggars, and drug transporters.

Asta says her NGO has had 26 cases of child abductions in just the past several months, and that the organization is working to educate parents to be vigilant.