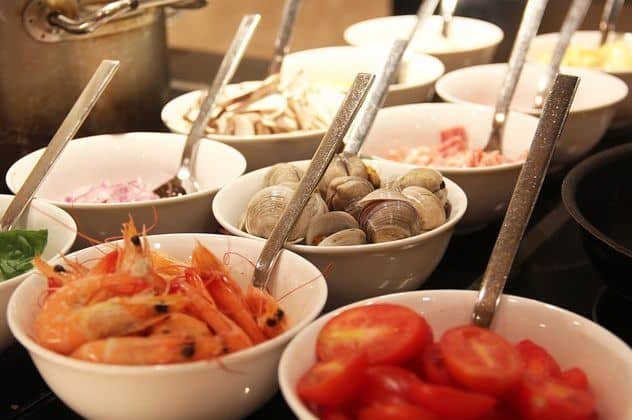 Rural Cambodian villagers are suing four U.S. and Thai employers, claiming they were trafficked and forced to work in disturbing conditions at a seafood factory…

Filed in California federal court, the companies violated the Trafficking Victims Protection Act, a U.S. law.  Walmart and other seafood companies with U.S. offices, purchases the shrimp and other products from those companies.

Thailand’s reputation has suffered in recent years after numerous investigations by news organizations and rights groups into human trafficking, slavery and violence in its multi-billion dollar seafood industry. It has vowed to crack down on human trafficking and slavery and recently introduced reforms to its fisheries law. The five men and two women filing suit in a Los Angeles court claim that after they left their homeland for Thailand, factory managers confiscated their passports and made them work up to six days a week for wages that were less than promised. Some “were reduced to eating seafood they found washed up on the beach,” the complaint said.

The workers were not permitted to get their passports back from their employees, preventing them the choice of returning home.

Saik Keo Ratha said, “What happened to me was wrong. I filed this suit so companies would think twice before exploiting trafficked workers in the future.”

The suit says the Cambodian workers were victims of involuntary and debt servitude, forced labor, and human trafficking in 2010 and 2011.

The companies include Rubicon Resources and Wales & Co. Universe Ltd and Phatthana Seafood and S.S. Frozen Food. Lawyers have not yet been listed for the defendants.

Walmart made no comment.  Workers are asking for unspecified money to pay for unpaid salaries, mental distress, pain, and suffering.

Their lead attorney said, “These are lovely, hard-working and decent people who really deserve better.”

According to the Unitied Nation’s ILO, forced labor generates $150 billion a year in illegal profits.

To read the entire article about Cambodian villagers, click the link below.