Cambodia, Malaysia Sign Domestic Worker Agreement - FreedomUnited.org
This website uses cookies to improve your experience. We'll assume you're ok with this, but you can opt-out if you wish.Accept Read More
Skip to content
Back to Global News 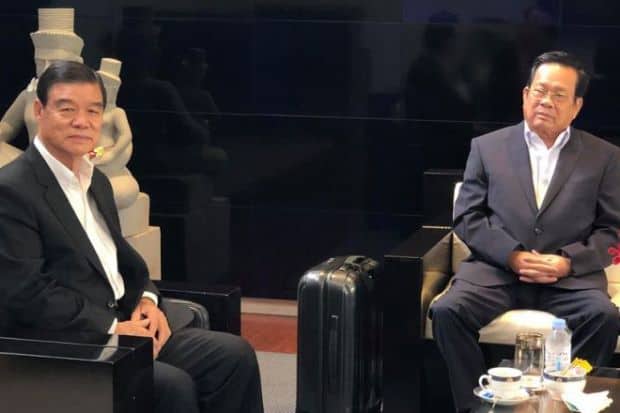 Cambodia and Malaysia have signed a bilateral agreement that aims to help prevent abuses of Cambodian domestic workers who migrate to Malaysia. However, the announcement came as a surprise to labor rights activists in both countries as they had not been consulted on the MoU. Cambodia’s government has not commented about the signing ceremony in Kuala Lumpur.

Six years ago Cambodia put into place a migration ban on its domestic workers going to Malaysia after reports of severe abuses, salary disputes, and physical and sexual assaults. The ban was lifted in 2015, but protections had yet to be put into law.

The Star reports that the MoU outlines measures to stem abuses:

Malaysian Association of Foreign Maid Agencies President Jeffrey Foo said the agreement creates a raft of protections for Cambodian domestic workers, who are needed to fill a shortage of maids in Malaysia.

Among other things, the association will provide each worker with a free smartphone, monitor their salary payments and make employment agencies sign contracts laying out the duties and responsibilities of maids.

“We have to work very hard to train and convince the people in Cambodia that Malaysia is a good place to work,” Foo said. “We will have to treat this very carefully and make sure the interests of all the parties are protected.”

Many NGOs — Informal Democratic Economy, Chab Dai, and Adhoc — say they have yet to see the MoU, so it is hard to assess how effective it will be. Elite Manpower Agency, a recruitment agency in Phnom Penh also said it has not yet seen the new guidelines and that they are unsure of the timetable for sending new workers to Malaysia.

Foo says that the Malaysian Association of Foreign Maid Agencies hopes to bring in around 20,000 domestic workers, starting with a small group early next year.