Calls for Clemency as Cyntoia Brown Given 51 Years in Jail - FreedomUnited.org
This website uses cookies to improve your experience. We'll assume you're ok with this, but you can opt-out if you wish.Accept Read More
Skip to content
Back to Global News 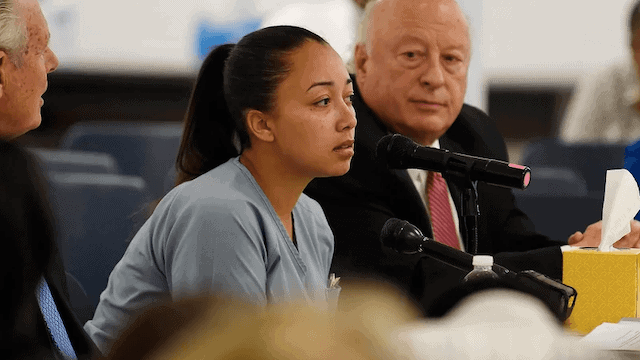 Calls for Clemency as Cyntoia Brown Given 51 Years in Jail

Despite being a victim of sex trafficking, the Tennessee Supreme Court has ruled that Cyntoia Brown must spend 51 years behind bars for killing a man who tried to have sex with her, fearing he was going to kill her.

The ruling has sparked outrage, with many of Brown’s supporters now calling on Tennessee Governor Bill Haslam to grant a pardon.

The Women’s March announced that it would dedicate January’s protest to Cyntoia “and all those criminalized for surviving.” The group tweeted “Gov. Haslam has the power to #FreeCyntoia.”

“Every day she remains in prison, he is actively choosing not to.”

In 2004, 16-year-old Brown was picked up on the side of the road by Nashville real estate agent Johnny Allen, 43, who took her home for sex. The teenage girl, who had run away from home and was living with her 24-year-old boyfriend, a pimp who went by “Kut Throat,” fatally shot Allen in bed after she thought he was reaching for his own gun, her lawyers said.

Brown was tried as an adult, convicted of first-degree murder, felony murder and aggravated robbery and was sentenced to life in prison.

Tennessee laws have changed since Brown was convicted, though, and a person must be 18 or older to be charged for prostitution. Children are automatically considered the victim in sex trafficking cases.

Brown has called her life sentencing “cruel and unusual punishment,” citing a 2012 Supreme Court ruling that mandatory life sentences for juveniles without the possibility of parole are unconstitutional.

However, the U.S. District Court for the Middle District of Tennessee disagreed, arguing that the 2012 decision did not apply to Brown because she is not eligible for parole until she is age 69.

A number of celebrities, including Rihanna and Kim Kardashian, have condemned how Brown has been treated like a criminal when she is in fact a victim of human trafficking.

The lesson is one must not shoot males — Sleazes might become presidents!
51 years? It is obvious that women have far to go before they are even considered human!

It is appalling that this lady who was a victim of not 1 but 2 abusers is being sent to jail for defending herself when she believed her life was in danger. This is a clear message to all women in the community that their life is worth less than that of a male perpetrator. To cap things off should this happen today she could not be tried as a minor. Therefore retrospective legislation should be introduced so that Cyntonia can be released. It is unconscionable to allow the jail sentence to stand

When government and social structures of your society fail to protect you, you realize you are on your own. Your survival demands extreme measures. Nothing stopped the abuse of this child. Not any entity in the federal government. Nothing in the state of Tennessee. Nothing in the cities where the crimes against her were committed, over and over and over again. She had to defend herself because everything else failed to come to her aid. Now she is victimized by those failed systems of government.

The American prison system widely perpetuates crimes against humanity. This ruling is despicable. And may I offer the suggestion that is is not Christian. I think we can begin loudly using religious statements to hold the powers-that-be that stand under these banners accountable for their hypocrisy.

its really unfortunate that Cyntoia is being punished for trying to protect her modesty. We alll, like minded people should make efforts to appeal to the Governor of Tennessee to pardon her.