California set to vote on bill to protect migrant workers from trafficking - FreedomUnited.org
This website uses cookies to improve your experience. We'll assume you're ok with this, but you can opt-out if you wish.Accept Read More
Skip to content
Back to Global News 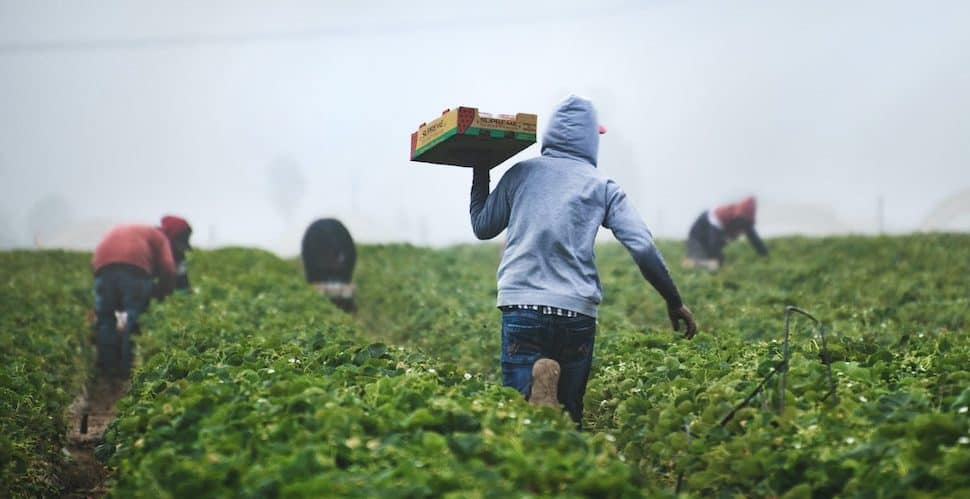 Freedom United’s campaign urging California to implement better protections for migrant workers against forced labor and trafficking saw Bill AB 364 pass the Senate Judicial Committee in July. Now, the California Senate is due to vote on this piece of legislation that, if passed, will protect temporary migrant workers from fake recruiters seeking to traffick and exploit migrant workers.

Kanti, Jayson, Angela and Raymundo all experienced trafficking and forced labor as temporary migrant workers in California. Searching for work abroad, they turned to third-party Foreign Labor Contractors (FLCs) who portrayed themselves as being able to help facilitate their search and support their move from their country of origin to the United States. In reality, they were deceived by traffickers posing as fake recruiters who forced them into exploitative work conditions once in the U.S. Click on their names to read about their experiences and why they are calling for AB 364 to be passed into law.

State and federal law currently protects against labor trafficking by providing criminal and civil sanctions against employers who engage in trafficking. However, current law leaves major regulatory gaps at the point of recruitment, through which thousands of migrant victims fall prey.

Many of these FLCs operate unethically and illegally, taking advantage of migrant workers who may not be familiar with the language or know what their rights are. The bill before the California Senate would extend protections such as requiring the registration of all FLCs and that California employers only use registered FLCs, to all temporary migrant workers.

The way the current law is framed allows for an interpretation that would limit application of the law to non-agricultural workers on H-2B visas. With the vast majority of migrant workers in California being on other temporary work visas, only around 3% of migrant workers are protected by current legislation.

Join the campaign urging California to vote to pass legislation that will better protect ALL temporary migrant workers from trafficking and exploitation. Add your name and let’s get this over the line!